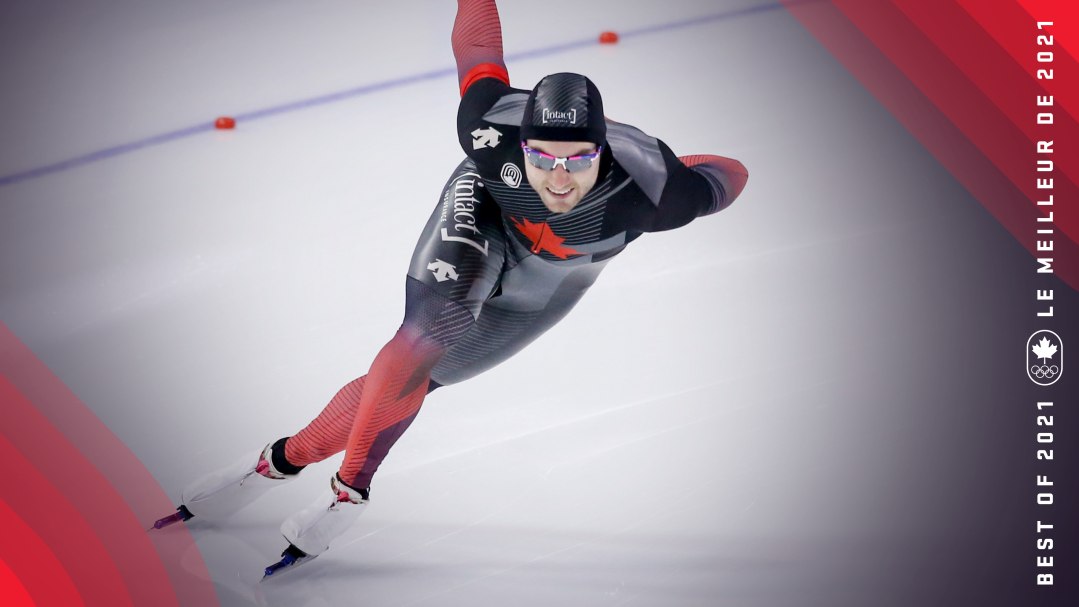 Canadian speed skaters, in both long track and short track, had their training and competition schedules severely impacted by the pandemic and other issues, such as having no ice at the Olympic Oval in Calgary.

But having to overcome that adversity apparently only made them stronger.

Whether it was the very few events they were able to enter in early 2021 or the World Cup events this fall that counted towards Olympic qualification, Canadians kept picking up hardware on the ovals, both big and small.

Here’s a quick look back at the performances that upped the anticipation for Beijing 2022:

Laurent Dubreuil claimed his spot amongst the world’s elite sprinters in long track by becoming just the second Canadian man to ever win the 500m world title. He also added a 1000m bronze at the World Single Distances Championships.

Dubreuil went on to dominate the 500m during the World Cup season this fall. He reached the podium in all eight races in the distance and became the first Canadian to break the 34-second mark in the 500m as he shattered a national record that had stood since 2007.

Canada also had a lot to celebrate in the endurance events. Ivanie Blondin padded her resumé with a silver in the mass start that was her fifth career world championship medal in the event. She also teamed with Valérie Maltais and Isabelle Weidemann to win team pursuit silver at the world championships and then three gold medals in the fall World Cups.

In short track, Charles Hamelin has shown that age is not slowing him down. At the 2021 World Championships, he won gold in the 1500m. That was the 12th world title the now-37-year-old father had won in an Olympic event in his 17th appearance at the world championships. We can’t forget to mention the two World Cup gold medals he won with the 5000m relay this fall.

The star of the women’s short track team in 2021 was Courtney Sarault. She finished as the overall vice-world champion thanks to her 1500m silver, 1000m bronze and second place finish in the 2000m superfinal. She also won three individual World Cup medals in the fall, just like her teammate Kim Boutin.

While there’s no such thing as a sure thing in sports, fans can be confident in the capabilities of Canada’s star-studded speed skating roster ahead of Beijing 2022.