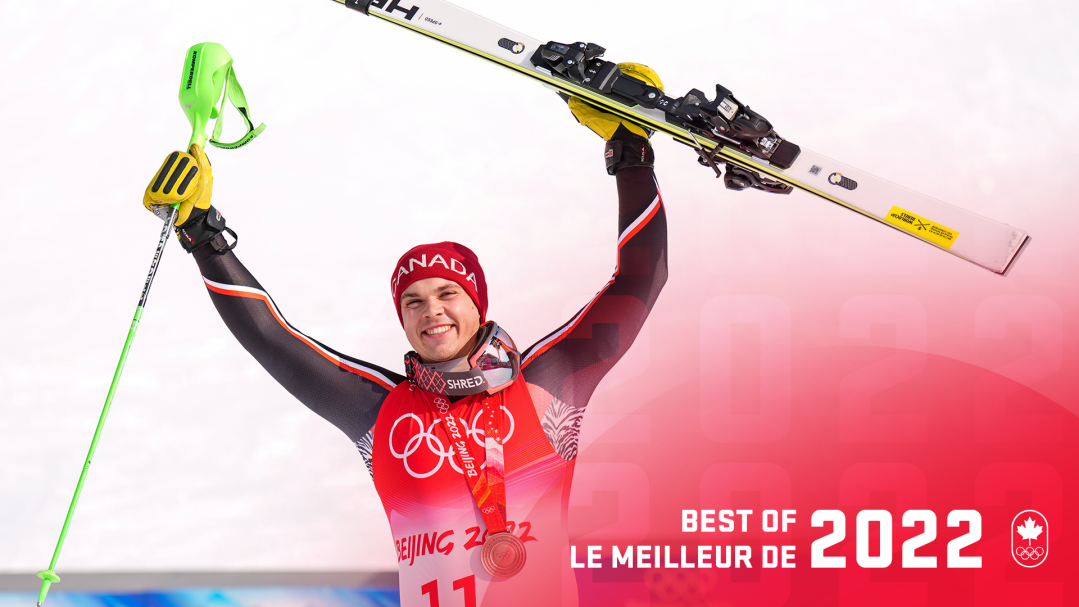 The past year was nothing short of memorable for skiers Jack Crawford, Broderick Thompson, and Cameron Alexander.

From a historic Olympic podium to first career World Cup medals, it is safe to say that Canada’s men’s alpine ski team is on the rise and ready for the new and exciting challenges ahead. The members of the team are young in age, but talented and eager to unlock their full potential as their careers progress.

“There’s something special happening in our team right now. Everyone is showing it, we clearly have a lot of speed as a country and I think this is just the start of something,”  Alexander said in March.

The current men’s alpine ski team had successes this year that harken back to the era of the Canadian Cowboys – a name given to the likes of Erik Guay, Manuel Osborne-Paradis, and John Kucera for their World Cup and world championship medals in the 2000s – or even the Crazy Canucks, the dream team featuring Steve Podborski, Ken Read, Dave Irwin and Dave Murray in the 1980s.

Let’s take a look back on their achievements.

At the start of the 2021-22 season, Thompson earned his first ever World Cup podium, taking super-G bronze in Beaver Creek. It was the first alpine World Cup medal by a Canadian man in close to five years. This was considered huge motivation for the rest of the team who finally saw their hard work paying off. All of a sudden, reaching podiums became possible for the young squad.

Crawford is just one of the members of the men’s alpine team who had immense breakthrough success last season. There had been signs in January that Crawford was on a podium trajectory, most notably his top-five in the super-G in Wengen and his top-six in the downhill in Kitzbuehel as he came close to conquering a couple of classic mountains of the World Cup circuit.

When he got to the Games, he finished fourth in the downhill (0.07 off the podium) and sixth in super-G in Beijing, making everyone anticipate that something bigger was bound to happen.

On that same March weekend in Kvitfjell, Alexander sped to the gold medal in the downhill for his first career World Cup podium. This was the first Canadian World Cup downhill win since 2014, when Guay won on the same slope.

It wasn’t just Crawford who showcased his talent in front of the world at Beijing 2022. Brodie Seger finished third in the downhill portion of the alpine combined, en route to placing ninth overall in the event. Trevor Philp finished 10th in the super-G for his career best individual Olympic result.

The Canadian men’s team has been building momentum for years and these results came as no surprise to head coach Mark Tilston.

“It’s the result of years of hard work, perseverance, dedication,” he said. “It’s been a group that has been with Johnny [Kucera] and Chris [Powers] for much of their journeys. World class results come from hard work and a world class team. It’s taken a team to help them make these performances.”

READ: What to watch in skiing and snowboard sports in 2022-23

As for the World Cup standings in 2022, Crawford climbed his way up to fifth overall in super-G, an impressive result to add to his list of achievements. One year after Thompson’s big breakthrough, Crawford created a fitting bookend when he won downhill bronze on that same Birds of Prey course at Beaver Creek. 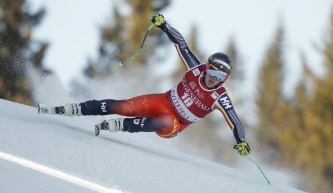