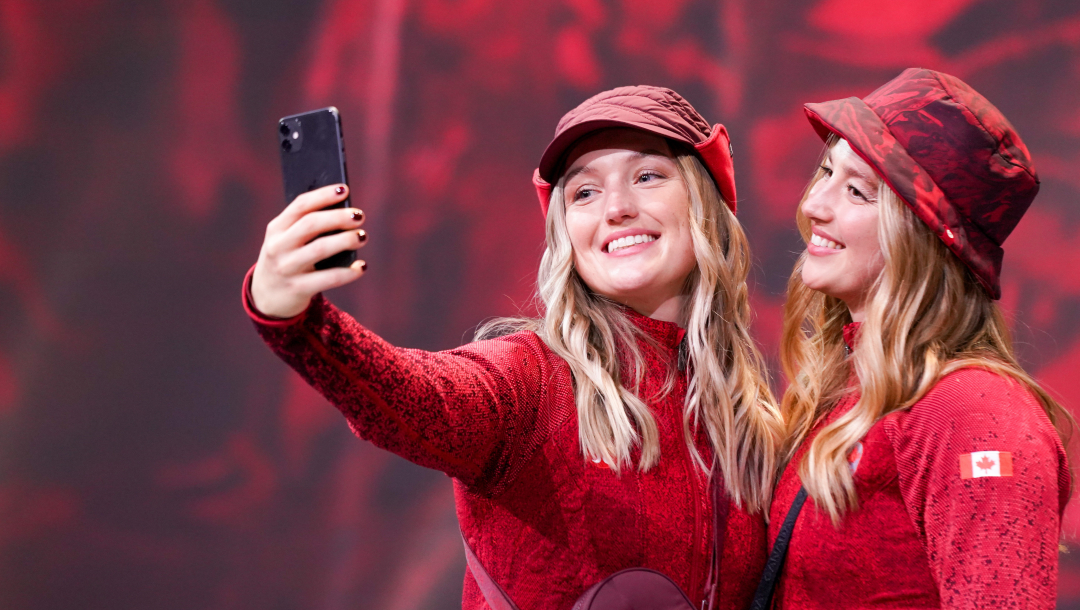 Decked out in their brand new lululemon gear, Team Canada athletes are arriving in Beijing in style.

With lululemon as the Official Outfitter of the Canadian Olympic and Paralympic Teams, the athletes have been excited to unbox their kits. The Canadian-inspired looks are multilayered, innovative and versatile… not to mention super stylish.

Let’s take a look at some of our Team Canada athletes showing off their show-stopping new looks.

Who needs a bed when you have all this cool gear? Olympic silver medallist and Team Canada women’s hockey player Jill Saulnier made herself at home in Beijing, sprawled across her new red and white gear. Saulnier’s recent Instagram post admits “okay @lululemon you win,” but let’s hope there’s some winning in store for Saulnier too during these Winter Games.

Dripping in red, three-time Olympic medallist Kim Boutin posed in front of the Olympic rings. Boutin blew a kiss in her “outfit of the day” which features her deep red Opening Ceremony gear.

Beginning her second Olympic journey, bobsledder Melissa Lotholz took to the Olympic Village in her new lululemon attire. This bucket hat is a must for the winter weather.

Bobsledder Jay Dearborn began his trip to Beijing with a closet full of nothing other than lululemon. Seems like a pretty great start!

Goaltenders Emerance Maschmeyer, Ann-Renée Desbiens, and Kristen Campbell from the Canadian women’s hockey team matched their lululemon gear for a picture-perfect moment on the boards. Soon enough, they will be hitting the ice trading out these toques for helmets.

First-time Olympic speed skater Tyson Langelaar showed off his lululemon gear and announced that it is in fact: go time.

Next comes an iconic selfie moment from yet another trendy Olympic speed skater, Valérie Maltais. Can’t wait to see her back in this oval competing for Canada.

And just like that these athletes are headed into the Beijing 2022 Olympic Winter Games dressed for success. If you want to look just like these fashionable Olympians, lululemon has these looks available for you too.