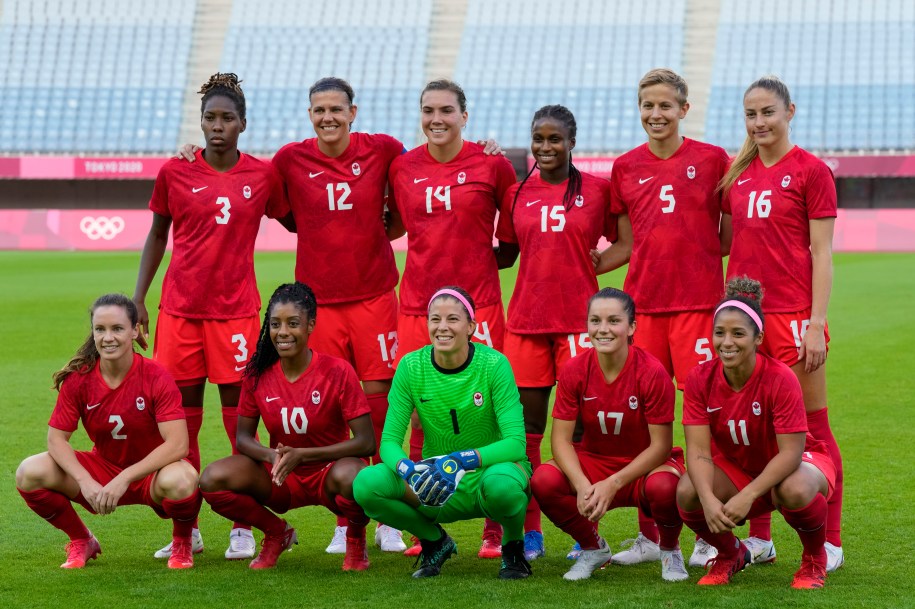 Nearly a decade after one of the greatest Olympic matches of all time, Canada is getting a shot at redemption.

When Canada and the United States meet in the women’s soccer semifinal at Kashima Stadium on Monday (4 a.m. ET), it will be a rematch of the rollicking, controversial, unforgettable semifinal from London 2012.

Canada entered those Olympics fresh off a dispiriting last-place finish at the 2011 FIFA Women’s World Cup. By contrast, the Americans were (and still are) a perennial powerhouse, having never fallen below No. 2 in the FIFA Women’s World Rankings.

But in that 2012 semifinal, captain Christine Sinclair made herself a household name in Canada. She scored to put Canada up 1-0, then 2-1, and then 3-2. The underdogs seemed destined for a berth in the gold medal final, until a pair of late-game refereeing decisions that aggrieve Canadian fans to this day.

First, goalkeeper Erin McLeod was penalized for holding the ball for more than six seconds. While the Norwegian referee’s decision was technically correct, the rule is virtually never enforced at any level of the game.

Moments later, the USA was awarded a penalty kick after a highly debatable handball call against defender Marie-Ève Nault. Had video review been part of the sport in those days, as it is now, the decision may well have been overturned. As it was, Abby Wambach scored and sent the game to extra time.

Then, deep into the final moments of extra time, mere seconds before an unpredictable penalty shootout, Alex Morgan scored to lift the USA to the win, en route to an Olympic gold.

While Diana Matheson‘s dramatic winning goal against France in the bronze-medal game did send Canada home on a high note, the question still lingers about that showdown with the Americans: “What if?”

Of course, plenty has changed in nine years. Only four Canadian players from the 2012 squad (Sinclair, McLeod, Sophie Schmidt and Desiree Scott) are still with the team. Since then, players like defender Kadeisha Buchanan, 25, defender/midfielder Ashley Lawrence, 26, and midfielders Quinn, 25, and Jessie Fleming, 23, have grown into being backbones of the squad.

Sinclair has since become the most prolific scorer in the history of international soccer and can still find the back of the net, including scoring a goal in these Games. But, at 38, she can no longer carry the entire load on her shoulders.

As we witnessed in Canada’s quarterfinal win over Brazil, however, she is surrounded by teammates who can pick up the slack. After Sinclair failed to score in the penalty shootout, four Canadians converted their kicks and goalkeeper Stephanie Labbé made two saves to propel the team to victory.

In 2012, nearly all of Canada’s offence came through Sinclair and Melissa Tancredi. At Tokyo 2020, Canada has seen goals from Janine Beckie and Adriana Leon, as well as attacking threats from forwards Nichelle Prince and Deanne Rose and fullbacks Lawrence and Allysha Chapman.

The Americans are still a juggernaut of the women’s game: the two-time reigning World Cup champions came into Tokyo 2020 riding an incredible 44-game unbeaten streak.

However, that streak came to an end when they lost their group-stage opener 3-0 to Sweden. The Americans went through a wild, back-and-forth quarterfinal against the Netherlands which was decided on penalty kicks. With an average age of nearly 30, it’s not wrong to question how well the team can recover for the semifinal.

Still, just like 2012, the Americans will come into this Olympic semifinal as favourites. In fact, one of the reasons the London semifinal stands out is that it’s the closest Canada has come to defeating the USA in the last 20 years.

That previous win came at the 2001 Algarve Cup, a game in which Sinclair scored her 17th goal for Canada. She’s added 170 more in the last two decades, including that hat trick against the USA at London 2012.

But if Canada is going to reach the gold-medal final in Tokyo, they likely can’t rely on similar heroics from their captain. Instead, they’ll need someone new to step up and write their name into the history books.

So for Canadian soccer, the question now shifts from “what if?” to “who’s it going to be?”