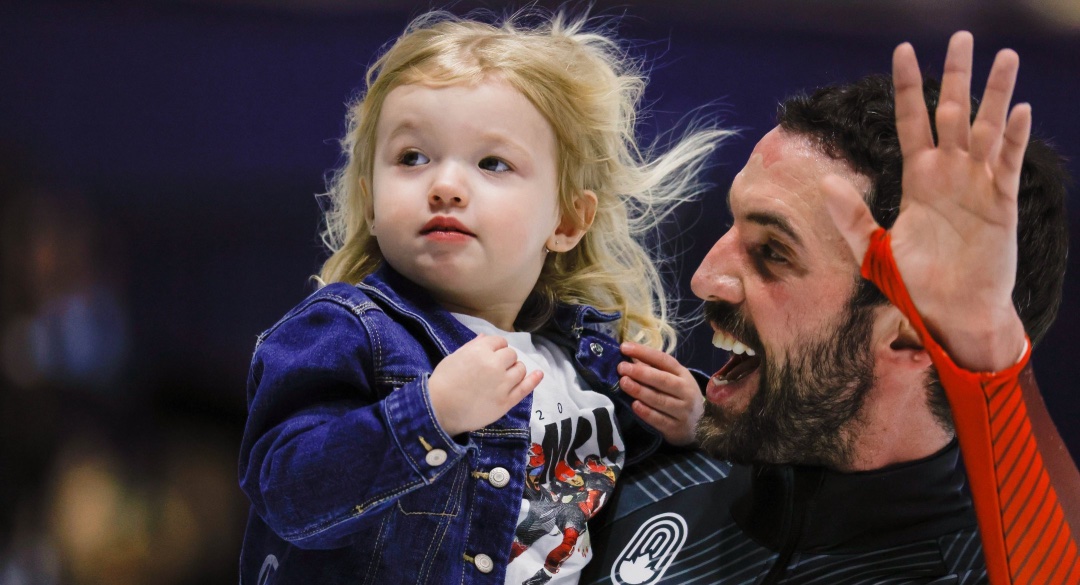 From the retirement of the legendary Charles Hamelin to winning medals at home and around the globe, it was an eventful weekend for Team Canada athletes.

Let’s get into it:

Canadians hit the ice over the weekend for the ISU World Short Track Championship in Montreal. On Saturday, Kim Boutin came away with two silvers, one in the 500m and another in the 1500m. On the men’s side, Pascal Dion captured silver in the men’s 1500m.

In the final event of the day, the Canadian men’s 5000m relay team composed of Charles Hamelin, Dion, Jordan Pierre-Gilles and Steven Dubois captured bronze. This marks the last-ever race for the legendary Hamelin, who is officially hanging up his skates. He could be seen celebrating with his team and family after crossing the finish line on Sunday afternoon.

The Canadian quartet of captain Brad Gushue, third Mark Nichols, second Brett Gallant and point guard Geoff Walker, finished atop the standings in the round robin portion of the tournament with a record of 10-2. The group recently took home bronze from Beijing 2022.

On Friday, the Canadian women’s soccer team downed Nigeria 2-0 in a friendly exhibition game in Vancouver at B.C. Place. Jessie Fleming opened the scoring in the 51st minute and Vanessa Gilles padded the home side’s lead with a second in the 72nd.

Captain Christine Sinclair was recognized for international goal-scoring record. For goalkeeper Stephanie Labbé, it was bittersweet as she left the field with tears in her eyes on Friday, waving to thousands of soccer fans as she officially closed out her soccer career.

The Canadian women are in B.C. as part of a celebration tour recognizing the gold medal they won at the Tokyo Olympics last summer. Canada, ranked sixth in the world, played in red jerseys with each player’s name and number emblazoned on the back in gold, a nod to their medal. Nigeria sits at No. 39 in the world rankings.

The two sides will meet again for the second game in the B.C. leg of the celebration tour Monday at 10:30 p.m. ET in Langford, B.C.

Corey Conners finished strong at the Masters to achieve his third consecutive top-10 finish at Augusta National. He shot back-to-back birdies on No. 17 and No. 18 to finish his day tied for sixth at 3-under par.

Black is back in action 🥉

Canadian artistic gymnasts were in action at the 2022 City of Jesolo Trophy competition at the Palainvent Jesolo in Italy. On the final day of competition, Ellie Black captured a bronze medal on the vault. She posted 13.350 points to finish behind France’s Coline Devillard (13.675) and Italy’s Asia D’Amato (13.650).

Black teamed up with Ava Stewart, Jenna Lalonde and Laurie Denommée earlier on Saturday to finish third in the team competition. Team USA took the top spot after posting 164.065 points and Italy finished in second with 162.267 points.

Canada’s top swimmers took to the pool at the 2022 Bell Canadian Swimming Trials from April 6-10 in Victoria to earn a spot on the national team. At the end of the competition, 32 athletes were selected to represent the country at the next FINA World Championships in June.

Teenage sensation Summer McIntosh had a strong showing, winning four events including the 200m butterfly, 400m individual medley, 200m freestyle and 400m freestyle. In the 400m freestyle, she lowered her national record to a time of 4:01.59 – the third fastest time in the world this year in the event.

On the men’s side Joshua Liendo broke not one, but two national records. He swam the 100m butterfly in 50.88s to lower his own record in the event before going on to set another one in the 50m freestyle with a time of 21.63s. Finlay Knox also improved his own record after winning the men’s 200m individual medley in 1:57.50.