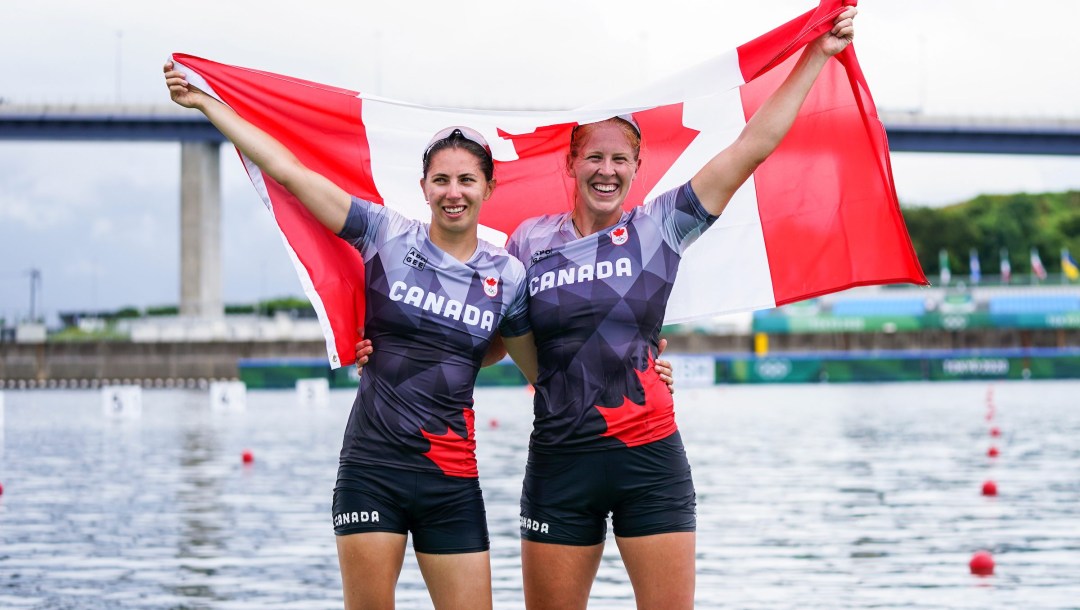 After a one-year postponement, the Canada Summer Games will soon be underway in the Niagara region of Ontario.

Niagara 2022 will feature 20 sports and bring together more than 5000 athletes, coaches, and support staff to represent Canada’s 10 provinces and three territories.

A major goal of the Canada Games is to spark greatness and inspire the next generation of Canadian sports stars. So, it shouldn’t be surprising that Team Canada at Tokyo 2020 included many alumni of the Canada Games who were key contributors to the country’s historic medal haul.

Did You Know?
More than 30 per cent of Team Canada’s athletes and coaches
at Tokyo 2020 were Canada Games alumni

Team Canada at Tokyo 2020 included 154 athletes and coaches who were Canada Games alumni. Within that were 119 athletes with Canada Games experience. They contributed to 15 of Team Canada’s 24 medals in Tokyo – the country’s second-best total ever at an Olympic Summer Games.

“Canada Games was the first steppingstone to what my future became in the sport of softball,” Salling said of the event that “meant the world” to her and helped her feel for the first time what it was like to represent something bigger than herself.

“It was my first ever multi-sport event. It was where I earned my first ever gold medal. It was where I began to feel very empowered to continue to develop and grow within the game of softball for years to come. I believe Canada Games was a place where I really started to dig into my passion for competing in softball at a very high level.”

Before he became Canada’s most decorated male summer Olympian, Andre De Grasse was a triple gold medallist at the 2013 Canada Games. His 4x100m relay teammate and fellow Olympic silver medallist, Jerome Blake, earned two medals of his own at the 2017 Canada Games. They were among 19 members of Canada’s athletics team in Tokyo who were Canada Games alumni, which also includes rising shot put star Sarah Mitton.

“I was very proud of wearing the blue colours of Quebec,” Abel said as she reflected on her memories of competing at Regina 2005 where she was one of three girls on her province’s diving team and she stayed in an athletes’ village for the first time.

“A few years later I was taking part in my first Olympic Games and representing Team Canada so I was even more proud, but it was something I was capable of relating when I was in Beijing in 2008 because I had that experience of a few years earlier in 2005 with the village and the competition.”

Sitting in the bow and stroke seats of the first Canadian women’s eight to win Olympic gold in almost three decades were Lisa Roman (2009) and Avalon Wasteneys (2017). They also had their Canada Games experiences separated by eight years. There were 10 members of the Olympic rowing team who were Canada Games alumni, which also included Hillary Janssens (2013) who won bronze in the pair with partner Caileigh Filmer eight years after her gold in the event at the Canada Games.

“This was my first big, real competitive regatta,” Roman recalled about her Canada Games experience. “It was a great opportunity to meet new people in the sport of rowing as I was still quite new to the sport. It was a starting platform in my rowing career.

“I also won lots of medals which was super exciting and encouraged me to stay in the sport of rowing.”

Before becoming Canada’s queen of the backstroke, Kylie Masse (2013) competed in an astounding 11 events in her only appearance at the Canada Games. She was one of 11 swimmers on Team Canada at Tokyo 2020 who were Canada Games alumni, which also included one of the breakout performers from the 2022 FINA World Championships, Joshua Liendo.

The paddling pair of Laurence Vincent Lapointe (2009) and Katie Vincent (2013) both competed in canoe events at the Canada Games long before women were permitted to compete in those boats at the Olympic Games for the first time at Tokyo 2020. Eleven of Canada’s 16 competitors in canoe/kayak sprint in Tokyo were Canada Games alumni.

The first two Canadian women to win Olympic judo medals, Catherine Beauchemin-Pinard (2011) and Jessica Klimkait (2015), got a taste of multi-sport competition at the Canada Games, as did three of their four teammates in Tokyo.

There was also a handful of Canada Summer Games alumni who competed at the Beijing 2022 Olympic Winter Games. Bobsleigh pilot Justin Kripps (2005) and his four-man bronze medal crewman Ryan Sommer (2013) both competed in athletics before they started sliding down ice tracks. Sam Giguere (2001) had been a rugby player before he became a CFL pro and then an Olympian as a bobsleigh crewman.

So, if you have an opportunity to attend the Canada Games this August, your chances of seeing a future Olympian take a first step towards greatness are quite high.

As for the athletes who hope to take that next step, the alumni have some advice to offer:

“Enjoy every moment, every second, because it goes so fast and it’s a great experience to be able to represent your province, your country, and it’s something that’s going to follow you for the rest of your career. Take advantage of the fact you can have experience from it, learn from them and you can apply it to the major games you’re going to take part in.” – Jennifer Abel

“Have fun, race hard and don’t take any opportunity for granted. Getting to race with the top athletes of your province doesn’t happen very often.” – Lisa Roman

“Be as present as possible in whatever way you know how to be during this phase of your life. Be open and be adaptable to all the experiences, people, cultures that a multi-sport event has to offer. There will be a lot of moving parts and a lot of things that are new but welcome it all, enjoy it and be intentional with each and every interaction, moment and experience you have while there.” – Jenn Salling

Josh Ho-Sang made his Olympic debut at Beijing 2022 where he recorded three assists. Ho-Sang first played internationally at the...

A longtime member of the Women’s National Team program, Jenn Yee is one of the most feared hitters in the...