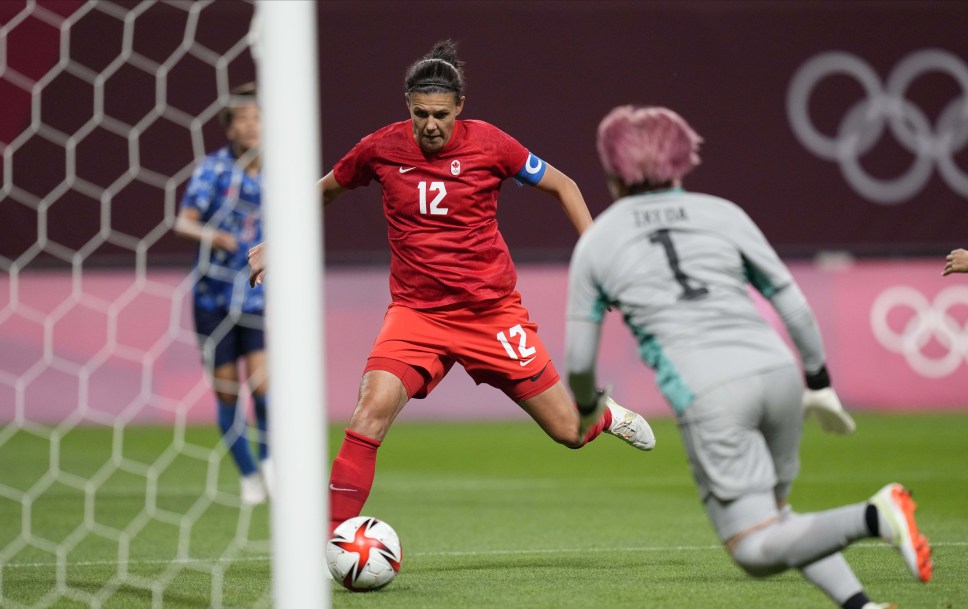 Team Canada’s athletes are full of personality. From post-game interviews to Instagram reels, their soundbites and social streams give all fans plenty of content to choose from.

But when it comes to really getting inside the mind of an Olympic athlete, some took the traditional route of telling their stories in the pages of a book. Here’s a quick look at a few you might want to add to your shelf or listening queue:

The best Canadian soccer player of all time and Olympic champion Christine Sinclair added author to her resume after winning gold at Tokyo 2020. Generally low-key in nature, Sinclair shares her thoughts on determination, teamwork and leadership in her new book — Playing The Long Game. She recounts the moments that had a great influence on her life and on her career; the great victories and failures that allowed her to grow to the player and person she is today. She also discusses her motivations for promoting women’s sport and her desire to shine a light on women’s soccer.

Did you know, she is also one of the best players in the world and holds the record for the most goals scored in international matches (male or female)? Needless to say, we cannot wait to crack open this new book!

In Sidney Crosby: The Rookie Year, the two-time Olympic gold medallist looks back on his NHL rookie season. Crosby recalls his earliest days with the Pittsburgh Penguins and the weighty expectations for an 18-year-old trying to take a struggling franchise to new heights.

Of course, Crosby would live up to the hype as he went on to win three Stanley Cups as well as gold medals at the Vancouver 2010 and Sochi 2014 Olympic Winter Games. Get the scoop on his historic rookie season:

Tessa and Scott: Our Journey from Childhood Dream to Gold

Tessa Virtue and Scott Moir first danced their way into Canadian hearts at Vancouver 2010 en route to becoming the most decorated figure skaters in Olympic history. In this book, they take fans behind the scenes of their many memorable performances. They detail their triumphs from three Olympic Winter Games and share more than 100 photos as well as personal accounts and stories from family members, friends, and coaches. A must-read for every fan of Team Canada.

Proud to Play: Canadian LGBTQ+ athletes who made history

This book written by Erin Silver is intended for teenagers but the inspirational stories of Olympic athletes and coaches from the LGBTQ+ community will appeal to sports fans of all ages. Several Olympians participated in this project, including Olympic champion swimmer Mark Tewksbury, three-time Olympic medallist figure skater Eric Radford, and two-time Olympian speed skater Anastasia Bucsis.

There are stories of extreme challenges and loneliness, but also stories of resilience and determination. This book will make all young sports enthusiasts and competitors proud to play.

READ: Team Canada Olympians “Proud to Play” and inspire the Next Gen

Clara Hughes carries one of the most diverse resumés of Team Canada athletes. She competed in both the Summer and Winter Olympics, collecting two medals in road cycling and four medals in long track speed skating. In this autobiography, she peels back the layers and opens up about her strengths and weaknesses that made her into the person she is.

Hughes writes candidly about her personal challenges with mental health in a touching story that is sometimes funny, often passionate, and always told with great sincerity.

We all learned to run as kids, so Andre De Grasse made sure to give them something to keep them moving! Retrace the career of the Canadian star sprinter Andre De Grasse in this book intended for ages 4 to 8. The winner of six Olympic medals encourages young readers to pursue their dreams and to persevere as he proves through his own story that anything is possible.

Bibi’s Got Game: A Story about Tennis, Meditation and a Dog Named Coco

In this children’s book, Bianca Andreescu discusses how to overcome difficult times using meditation and introspection. In a book aimed at kids aged 4 to 8, she teaches children that from a young age, staying positive is the key to overcoming challenges.

The Magic of Basketball

The magic of the sport of basketball is something that consumes many children across Canada. Tokyo 2020 Olympian Kayla Alexander was no different. She wrote and illustrated this children’s book which chronicles an athlete’s journey from her first time playing to the life of a professional.

Alexander wanted to illustrate and write a children’s book so that young visible minorities would be able to see themselves and dream big. The game of basketball is always rewarding to those who can dream big and put the work in and Kayla Alexander’s journey is no exception.

READ: Kayla Alexander and the Magic of Basketball