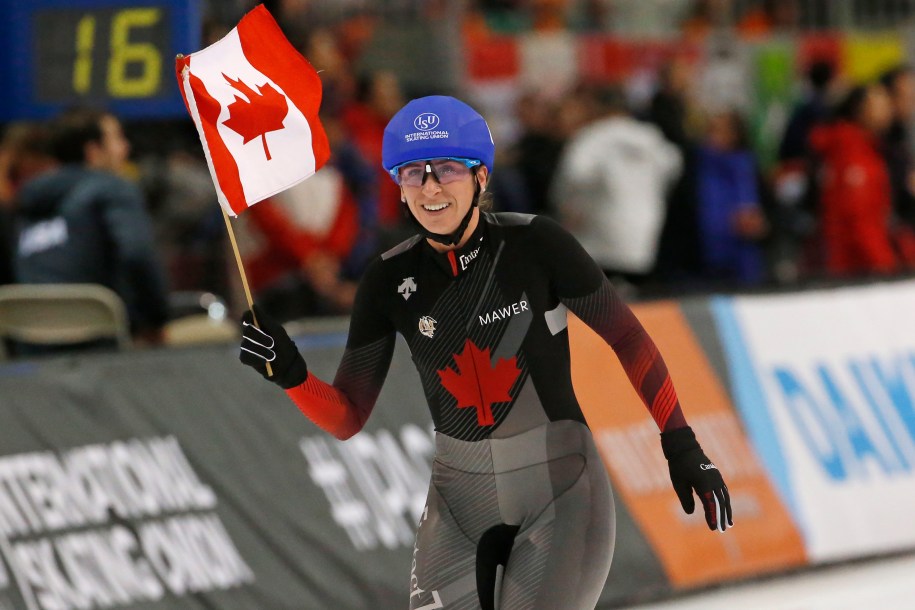 Between world championship titles and victories at home and beyond, Team Canada came out on top this weekend.

Catch up on everything you missed 😎

💥 "I'm a World champion, it's unreal" – @tedjanb 🇨🇦 talks about his win 🥇 in the Men's 5000m yesterday at the World Single Distances Championships in Salt Lake City 🇺🇸🔥 #speedskating #worldspeed

World Championship bronze in the 1000m!! I can't believe it!

Things you do when you skate a World Record on the 10K… 😅🔥 Canada’s 🇨🇦 @GFish_33 literally broke the record of his teammate @TedJan 🤗⬇️ #Speedskating #WorldSpeed @SkateCanada pic.twitter.com/5sL9CyaADg

Not only did Graeme Fish take the 10000m title, but he set a world record doing it. He broke teammate Ted-Jan Bloemen’s 10000m record after crossing the finish line in 12:33.868. Following his victory, he broke the record again… literally.

READ: Short Track: Team Canada wins a trio of medals, including gold in the Netherlands

Team Canada also had a successful weekend on the short track, claiming four medals in Dordrecht, Netherlands on the ISU’s final World Cup stop this season.

Cedrik Blais got the ball rolling for Canada, capturing his first-ever World Cup silver in the men’s 1000m race on Saturday.

On Sunday, Canada was able to claim three more medals, including a gold in the men’s relay event. The men’s squad consisting of Cedrik Blais, Steven Dubois, Jordan Pierre-Gilles, Pascal Dion, and Charles Hamelin won the race in photo-finish time of 6:54.542. Steven Dubois also stood on the podium in the individual competition, claiming bronze.

Laurie Blouin landed on the top of the podium in front of a Canadian crowd at the FIS Snowboard World Cup in Calgary on Sunday. She scored 79.56 points on her second run to win the event. In the men’s competition, three-time Lausanne 2020 medallist Liam Brearley stood on his first-ever World Cup podium, earning a bronze medal for his slopestyle performance.

Success on the Slopes ⛷

Friday night was incredible. Thank you so much to everyone who came out and to all of the volunteers and staff who put on the event. It’s so damn awesome having an event at home and I could really feel the love on Friday. So damn stoked to have shared the podium with these two bosses. So much good skiing went down on Friday! I can’t wait for next year 🥰🥰🥰

Canadian skiers also had a successful weekend at the Snow Rodeo in Calgary.

Brendan MacKay and Rachael Karker were first up on the podium for Team Canada. The duo won halfpipe silvers in the men and women’s competition at the FIS Freestyle Ski World Cup on Friday night.

Megan Oldham followed their lead on Saturday, skiing to a bronze medal on the final day of competition. She stood on the third step of the podium after putting up 80.70 points in women’s slopestyle.

Thank you Sigulda! We had the best time finishing the World Cup in Latvia, wonderful event and massive supportive crowd at the track! Great weekend racing to bronze with @bentenspeed and again to bronze with @samgiguere_15 the next day. Team Kripps finishes the World Cup 3rd overall in both 2man and 4man and 2nd overall in Combined! All photos: @rekords • • @sportacentrs @ibsf @lululemonmen @rbc @b2ten #bobsleigh #teamkripps #crystalglobe #racing #worldcup @purevitalabs

Justin Kripps won a Crystal Globe this weekend after finishing the bobsled season third overall in the world standings. This was the cherry on top of a successful weekend, where he slid to back-to-back bronze in the 2-men bobsleigh at the IBSF World Cup this weekend in Sigulda, Latvia.

READ: Bobsleigh: Kripps and Coakwell slide to a World Cup bronze in Latvia

He captured his first medal of the weekend on Saturday alongside Ben Coakwell, then partnered with Sam Giguere on Sunday to reach a second podium.

The youngest Rotterdam finalist in history…

Felix Auger-Aliassime reached the Rotterdam Open finals this weekend to became the tournament’s youngest finalist in its 48-year history. Despite falling to Frenchman Gael Monfils 6-2, 6-4 in the championship match, Auger-Aliassime now sits in the ATP’s Top 20 at No. 18.

Best news to wake up to in a Monday? @VasekPospisil is back inside the @atptour Top 1️⃣0️⃣0️⃣! 📈 pic.twitter.com/As6qz76431 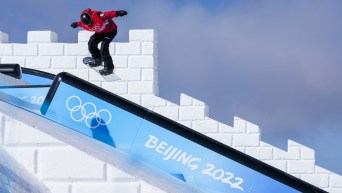