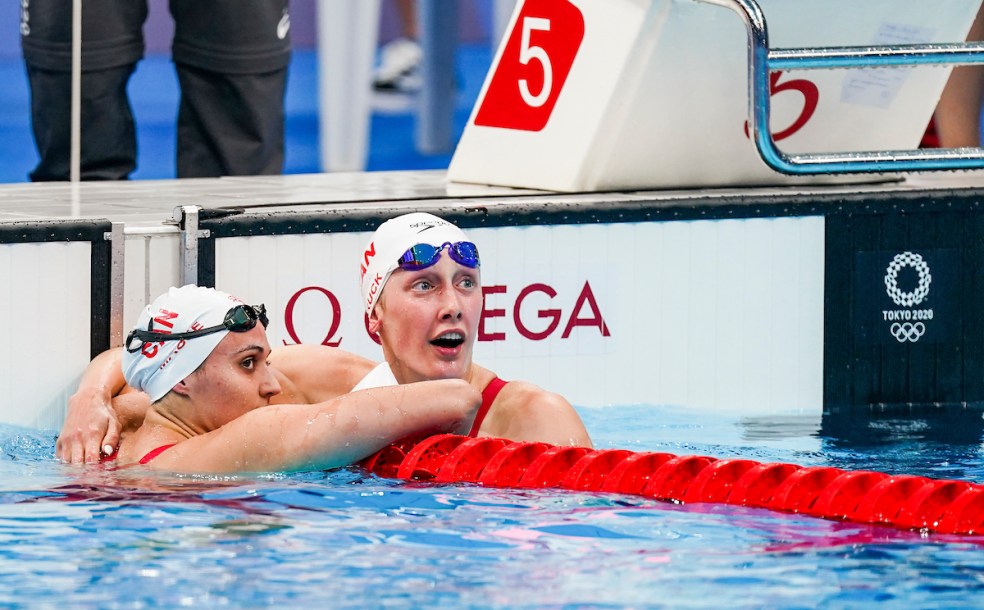 Canadian athletes have done some remarkable things over the past two weeks, but not all of them have made the headlines.

Sure, everyone has heard about the exploits of Andre De Grasse, Penny Oleksiak, Damian Warner and Christine Sinclair. But what about the Canadians competing in the very same events, whose own achievements may have been overshadowed in the moment?

Well, we’re here to show some love to a few of the Canadian competitors whose big showings at Tokyo 2020 may have flown under the radar.

So, picture this: you’re 25, coming into your first Games in one of the most storied and difficult of Olympic events — the decathlon.

You spend the first day of the competition right there in medal contention. By the end, you’ve posted the best score of your career and staked your claim as fifth best in the world.

Pretty impressive, right? You’d expect to be the talk of the town. And normally, you would be. Except that also competing is the event is your compatriot, Damian Warner, who wins the gold medal with an Olympic record score.

The 21-year-old might just be the unsung hero of Canada’s six-medal haul at the Tokyo Aquatics Centre.

We all know Penny Oleksiak won three medals in Tokyo to become Canada’s most decorated Olympian, but two of those may not have come to fruition without Ruck’s help. Ruck swam in the heats in 4x100m freestyle relay and the 4x100m medley relay to get Canada into the finals, but then didn’t participate in them herself (though she did receive medals).

Her participation in the freestyle relay heats also facilitated some rest for Maggie Mac Neil, who’d go on to win gold in the 100m butterfly. And though Kylie Masse’s silver grabbed Canadian attention in the 200m backstroke, Ruck also reached the final and finished sixth.

With so much happening in the pool, Ruck may have left Tokyo as Canada’s most under-the-radar double medallist.

Alright, it might be a bit of a stretch to say that Brown was completely “under the radar”. But when you’re teammates with a legend-in-the-making like De Grasse, carving out space might be difficult.

So, let’s carve out some space for him here.

Other than De Grasse, Brown is the only Canadian man to reach the Olympic final in the 200m since Seoul 1988. In his third Games competing in the event, the 29-year-old posted his best-ever result, finishing sixth.

Plus, he got Canada off to a great start in the men’s 4x100m relay, en route to a bronze medal.

If you thought LePage was the only 25-year-old Olympic newcomer whose incredible performance in a gruelling event was overshadowed by a fellow Canadian, think again!

Knight finished seventh in the men’s 5000m, which would rank as the best performance for a Canadian since Alex Decoteau at Stockholm 1912… except for Mohammed Ahmed, who finished fourth at Rio 2016 and won silver in Tokyo.

There’s another important commonality between LePage and Knight, however — the best may be yet to come.

While Christine Sinclair was already a household name in Canada, numerous members of the gold-medal-winning women’s soccer team joined her in Tokyo.

But perhaps no player made more of the opportunity they were given than Gilles, a 25-year-old defender who only debuted for Canada in late 2019. Her steady work didn’t make any highlight reels, but it was absolutely vital in helping Canada get through a series of tight games and claim a first ever Olympic gold.