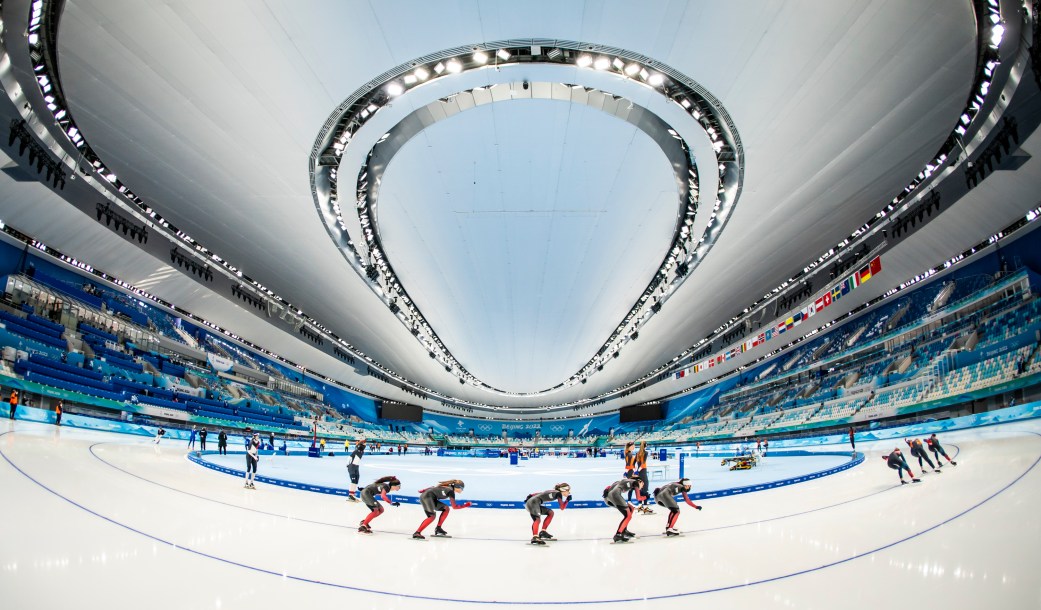 Team Canada’s Olympians don’t get jet lag. Instead, adrenaline motivates them to scout out venues, explore the Olympic Village, and even cycle as far as they are allowed within the closed loop.

We’re just days away from Beijing 2022 and many of our athletes have already touched down in Beijing. Let’s take a look at what some of them have shared with their fans so far.

Freestyle skier Evan McEachran and teammates Édouard Therriault, Teal Harle and Max Moffatt were among the first to check out the Village’s iconic flag forest.

It wouldn’t be a walk through the Village without taking a pic with the rings! Bobsledder Melissa Lotholz is thrilled to be competing in her second Olympic Games.

Curler Rachel Homan had a great time scouting out the Ice Cube – formerly known as the Water Cube, where swimming and diving events took place during the 2008 Summer Olympics.

READ: By the Numbers: Team Canada heading into the Beijing 2022 Olympic Winter Games

Bobsleigh pilot Justin Kripps and his sled mates Cam Stones, Ben Coakwell and Ryan Sommer arrived in style for their first meal in the Village. Something about red lululemon just looks right.

You’ll only see one of them hit the ice at a time, but scouting out the Beijing National Indoor Stadium was a team effort for ice hockey goalies Kristen Campbell, Ann-Renée Desbiens and Emerance Maschmeyer.

Long track speed skater Heather McLean and teammates Marsha Hudey and Brooklyn McDougall got emotional after seeing the National Speed Skating Oval (aka the Ice Ribbon) for the first time.

Biathlete Adam Runnalls has already wrapped up his first training session on Olympic ground. He doesn’t look exhausted, but the snowy moustache lets us know he had a productive first run.

Team Canada is ready to rumble and the wait is almost over. In the meantime, be sure to check out when your favourite events are running with Beijing’s official schedule.