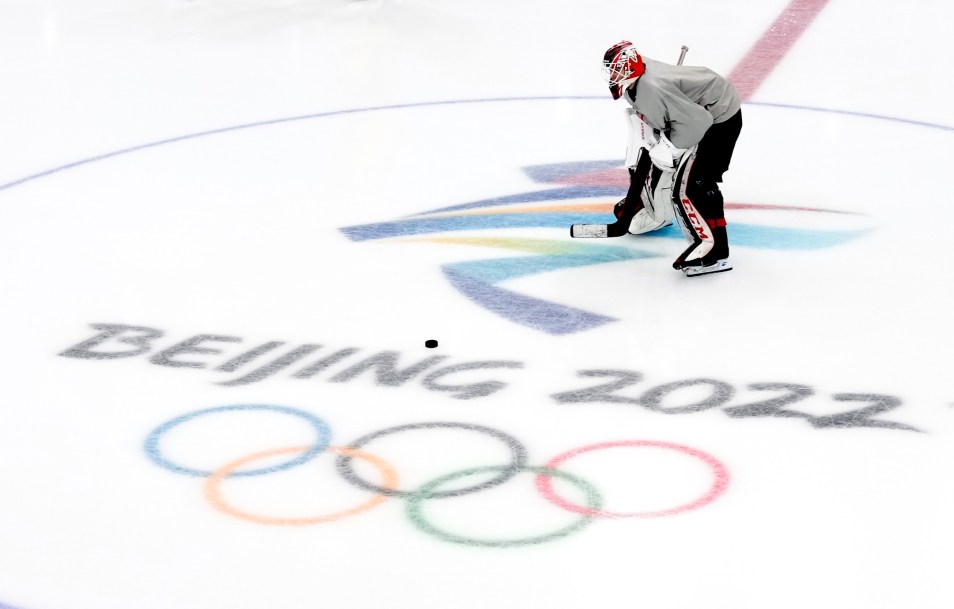 That’s a feat Team Canada defenceman Owen Power, selected first overall by the Buffalo Sabres in last year’s NHL Draft, will accomplish when he suits up in the team’s Beijing 2022 tournament opener Thursday against Germany.

“I have been dreaming about this ever since I started watching the Olympics,’’ Power said. “It is the big stage.

“Once the NHL decided not to come, it came to mind that it was a possibility. I was hanging out at my house when I got the call (to join the team). It was pretty special.”

The University of Michigan defenceman may consider Beijing 2022 the big stage, but the international stage is nothing new for Power. The 19-year-old helped Canada win gold at last year’s IIHF World Championship and wore the red and white at this year’s World Junior Hockey Championship before the tournament was cancelled due to COVID-19 concerns.

Power is the only player from Canada’s world championship squad suiting up in Beijing. If he leaves the Olympic Games with a gold medal, he’ll be a Stanley Cup championship away from joining the exclusive Triple Gold Club, which includes players who have won Olympic gold, world championship gold and an NHL title. Power would become the youngest player to have fulfilled two-thirds of the requirements to join the elite club.

One of Power’s teammates in Beijing, Eric Staal, is already a member of the Triple Gold Club, winning a world championship in 2007, a Stanley Cup in 2006 and Olympic gold at Vancouver 2010. A veteran of nearly 1300 NHL games, the 37-year-old Staal will captain Canada in Beijing.

“That experience I’ll never forget, and I hope to make new memories again this year,” said Staal about his previous Olympic play.

“It’s such a unique time and special event where you get everyone together and try and build a team really quickly. To be able to accomplish that is special — and 2010 on home soil was pretty phenomenal.”

David Desharnais and Maxim Noreau will also be part of Canada’s leadership group, serving as alternate captains. Noreau, Eric O’Dell, and Mat Robinson are the only three returning players from Canada’s bronze medal-winning team from PyeongChang 2018.

Canada held a scrimmage with the United States a couple days ago where Staal centered the team’s top line with Mason McTavish and Josh Ho-Sang on the wings.

Canada has already made a couple roster tweaks with Morgan Ellis and Kent Johnson joining the team from the reserve list, replacing Daniel Carr and Brandon Gormley. Jeremy Colliton has also taken over head coaching duties after Claude Julien slipped during a team building activity before traveling to Beijing, suffering fractured ribs.

Johnson, McTavish and Power are all 19-year-olds and were part of Canada’s world junior team. Paul Kariya was the last teenager to play for Canada at an Olympic Games at Lillehammer 1994.

Following Thursday’s game against Germany, Canada will battle the United States on Friday before facing China on Sunday.

Canada has won three of the last five gold medals in Olympic men’s hockey, triumphing in 2002, 2010 and 2014 with rosters loaded with NHL players. This will mark the second straight Games without NHL players.

Canada leads the all-time medal list with nine gold and 16 medals — which includes a bronze four years ago. They are followed by the United States with 11 medals (two gold) and the Soviet Union with nine (seven gold).