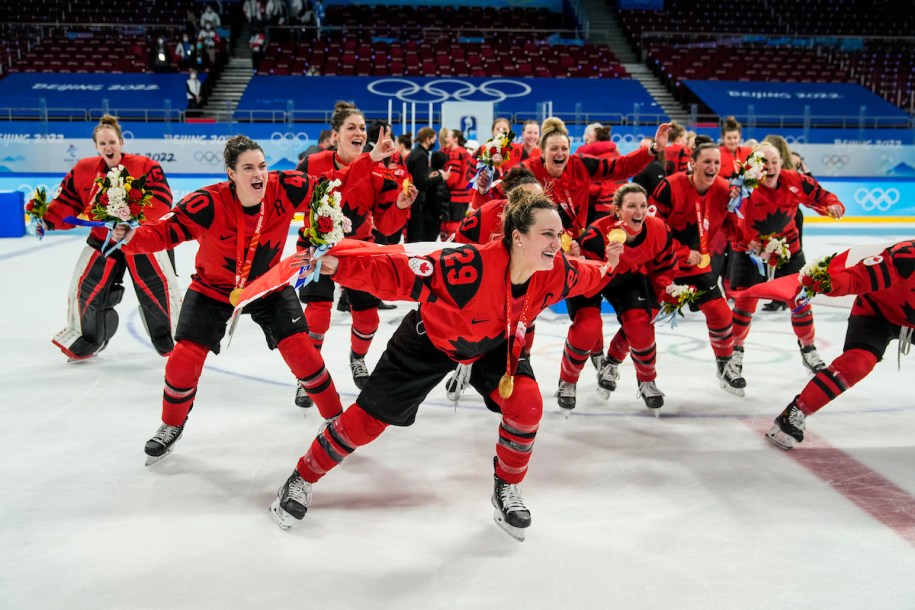 The Olympic Games are full of blood, sweat and tears — but also plenty of smiles.

So, after two weeks of intense competition at Beijing 2022, let’s look back at some of the more lighthearted moments, the kind that make the Winter Games the special celebration that they are.

Athletes are always seeking ways to get them prepared for the big moments. Maybe it’s a pep talk or a lucky object or some special pre-competition ritual.

Or, if you’re getting ready for the Olympic gold medal game in women’s hockey, maybe it’s a whole team dance routine to the Missy Elliott classic Lose Control.

Clearly, with gold medals now around their necks, this one paid off for Team Canada.

It’s all coming back to him

Brodie Seger wasn’t supposed to be a contender in the alpine combined event. But after the downhill portion, he sat in third place. Possibilities were suddenly opening up.

There was just one problem — he hadn’t even put on his slalom skis in two years. “It’s been a while. It’s like riding a bike, isn’t it?”

But Seger didn’t panic. He solicited slalom tips from his Instagram followers in a tongue-in-cheek story. He strapped on the slalom skis and took a few practice runs. And he’d make it down the slalom hill in 10th, for a solid ninth-overall finish.

Figure skater Keegan Messing endured more than his share of trials and tribulations en route to these Winter Games. Beyond having to isolate after an unexpected positive COVID test and then take an absurd trek around the world to reach Beijing, Messing also had to spend time away from his beloved son, Wyatt.

But upon arriving and turning in a resilient performance in the short program, Messing made sure the world got a good view of the infant, proudly showing off a photo while sitting in the “kiss and cry”.

They’re all in this together

Perhaps no sport at these Games better showcased the camaraderie that can exist between competitors than women’s snowboard.

In the big air final, every competitor seemed thrilled to see their opponents push themselves — and the sport — to new heights. Anna Gasser of Austria sent the whole field into delirium with a final run that scored 95.50 and earned her the gold medal.

The pursuit of happiness

Smiling is kind of the default expression when one is ascending the Olympic podium. But there’s just something about the bubbling delight shown by speed skaters Ivanie Blondin, Valérie Maltais and Isabelle Weidemann after their gold-medal-winning performance in the women’s team pursuit.

Charles Hamelin couldn’t have gone out on a better note in his final Winter Games. With a gold in the men’s 5000m relay, Hamelin has tied Cindy Klassen as Canada’s most decorated Winter Olympian of all time.

The historical significance of the moment wasn’t lost on teammates Steven Dubois, Pascal Dion, Jordan Pierre-Gilles and Maxime Laoun, who collaborated once again to give Hamelin a special moment of triumph on the Beijing podium.

Do call it a comeback

Given what she overcame in the past year just to get to these Winter Olympic Games — a calamitous crash, followed by reconstructive knee surgery in which her femur was fractured — it’s totally understandable that Cassie Sharpe was excited.

But the joy was positively radiating off of her when she successfully completed her first run in the women’s freeski halfpipe final, en route to a silver medal. She glided to the nearest TV camera and, with a wide smile, exclaimed a line that’s relatable to every athlete who’s made it this far:

Ella Shelton made her Olympic debut at Beijing 2022 where she helped Canada win the gold medal. Shelton recorded three…