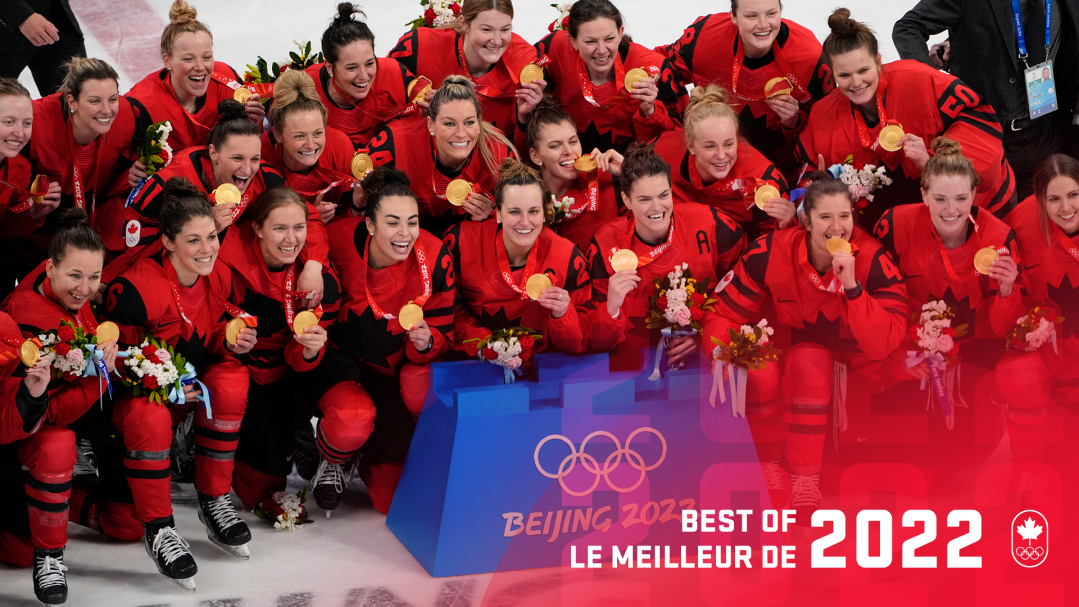 Marie-Philip Poulin has had some great years in her storied hockey career, but 2022 may have been the best.

In February, Poulin captained Team Canada back to the top of the Olympic podium in women’s hockey, winning gold at Beijing 2022. In September, the 31-year-old led the Canadians to their second straight IIHF Women’s World Championship gold medal. To cap off the year, Poulin won the prestigious Northern Star Award as Canada’s Athlete of the Year, becoming the first female hockey player to win the honour.

While being named the country’s Athlete of the Year was a new accomplishment for Poulin, her on-ice play in 2022 was what Canadians have watched time and time again.

Poulin recorded seven goals and 11 assists in seven games in Beijing and followed that up by scoring five times and adding five helpers in seven games at the world championship in Denmark. The Canadian captain’s offensive output was impressive in 2022, but there were plenty of other strong performances over the calendar year.

In Beijing, it was veteran forward Sarah Nurse (who made the cover of the NHL 23 video game this year) who led the team in scoring with 18 points, breaking Hayley Wickenheiser‘s Olympic record of 17 set at Turin 2006. Brianne Jenner, meanwhile, was named the tournament’s Most Valuable Player, scoring nine goals to match the single Games record.

Jenner scored another three goals in seven games at the world championship, which included both goals in Canada’s 2-1 victory over the United States in the gold medal game. Goaltender Ann-Renée Desbiens made 20 saves in that match after stopping 38 shots in the gold medal final in Beijing.

Many long-time members of the Canadian women’s program stood out over the past year — but 2022 was also a breakout year for some. At 22, Sarah Fillier had an impressive eight goals and 11 points in her first Olympic appearance and followed that up with five goals and 11 points at the world championship. Fillier finished fourth in tournament scoring in Denmark and was named to the tournament all-star team.

Fillier was among a number of first-time Olympians on the Canadian roster who had strong showings in Beijing — most notably 30-year-old Jamie Lee Rattray and 24-year-old Claire Thompson. Adding to the team’s bright future is the fact that Canada won gold at the IIHF Under-18 Women’s World Championship in June, defeating the United States 3-2 in the championship game.