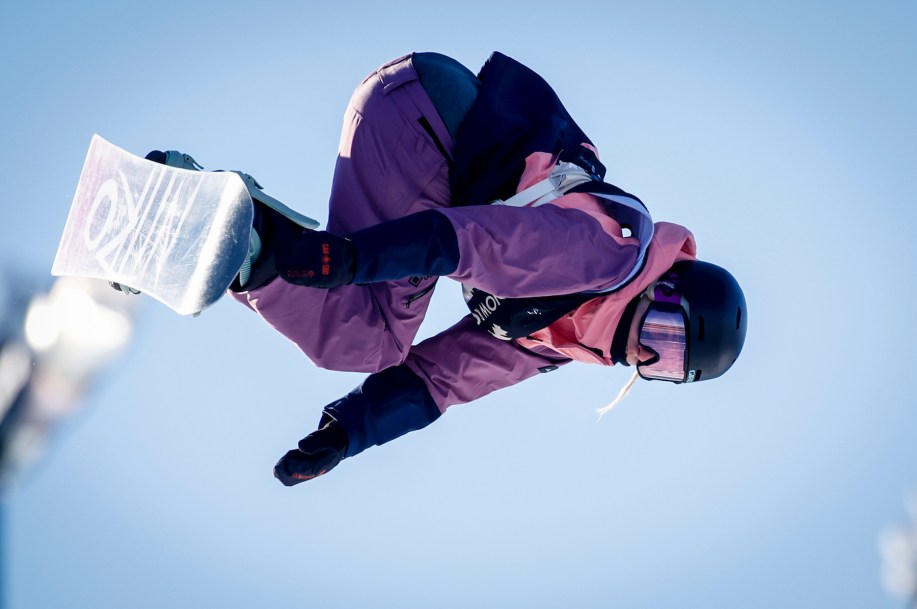 As the countdown to Beijing 2022 continues, Team Canada won many medals on the snow and ice over the weekend.

Leading the charge were Brendan Mackay with his two ski halfpipe gold medals in Calgary and Christine de Bruin, who achieved the first double medal weekend of her bobsleigh career in Latvia. And that’s not all!

Read about the busy weekend for Canadian winter athletes:

Canadian freestyle skiers ended 2021 by taking to the podium three times at the FIS World Cup on a frigid Thursday night in Calgary. Brendan Mackay earned his first career victory, winning gold in the men’s halfpipe, while Simon D’Artois joined him on the podium after claiming the bronze. On the women’s side, Rachael Karker also grabbed a bronze medal.

READ: Mackay golden in the halfpipe as three Canadians medal in Calgary

With the calendar turned to 2022, there were three more medals on Saturday. Mackay got a second straight gold, this time sharing the podium teammate Noah Bowman who won bronze. Karker got her second medal of the weekend when she won silver.

Boarding to gold and bronze

It may have been chilly in Calgary, but Canadian snowboarders were on fire at the slopestyle World Cup in Calgary. Sébastien Toutant started the Olympic year by capturing a gold medal and Laurie Blouin collected a bronze medal in the women’s competition. This is the first of three slopestyle events slated to take place between now and Beijing 2022. Mark McMorris placed fourth in the men’s event.

Christine de Bruin celebrated the first two medal weekend of her career in Sigulda, Latvia. After winning the gold medal in the women’s monobob on Saturday, she teamed up with Kristen Bujnowski to capture their fourth bronze medal of the season in two-woman bobsleigh on Sunday. De Bruin now leads the overall standings for the Women’s Monobob World Series and is the number two pilot in the two-woman World Cup standings.

Canada’s new generation of luge athletes demonstrated their potential once again on Sunday while sliding to a fifth-place finish in the World Cup team relay competition in Winterberg, Germany. The Canadian squad of 19-year-old Trinity Ellis, 23-year-old Reid Watts, 19-year-old Devin Wardrope and 20-year-old Cole Zajanski clocked a combined time of 2:25.578. This same team finished sixth earlier this season in Altenberg, Germany as part of the rebuilding period for the national team.

The ATP Cup is underway!

The 2022 tennis season has arrived and Félix Auger-Aliassime, Denis Shapovalov, Brayden Schnur, and Steven Diez are representing Canada at this year’s ATP Cup, which is running January 1-9 in Australia. Playing out of Group C, the Canadians started the tournament against the United States. In the first singles match, Shapovalov wasn’t able to play and was replaced by Schnur who fell to American John Isner by a score of 6-1, 6-3.

In the second singles match, Taylor Fritz defeated Auger-Aliassime in three sets, 6-7, 6-4, 6-4. In the final match of the tie between the Canadians and the Americans, Auger-Aliassime and Shapovalov played Fritz and Isner for the all-important last point. The Americans won in two sets, 6-4, 6-4.

Canada will face Great Britain in their next tie on Tuesday.

Canadian Press Athletes of the Year

Leylah Fernandez was named Canadian Press Female Athlete of the Year. In March 2021, Fernandez won her first career WTA title at the Monterrey Open. She went on to display a champion’s poise after a memorable run to the US Open final last summer. Her performance showed she had truly arrived on one of the sport’s biggest stages.

READ: Canadian Athletes and Team of the Year

Damian Warner was named CP Male Athlete of the Year. Setting an Olympic and Canadian record at Tokyo 2020, he became the fourth man in history to break through the exclusive 9000-point barrier and the first Canadian to win Olympic decathlon gold. Earlier this year, the World’s Greatest Athlete was also named Canada’s Athlete of the Year.

It probably surprised no one that Canada’s National Women’s Soccer Team was named CP Team of the Year following their historic gold medal at Tokyo 2020.