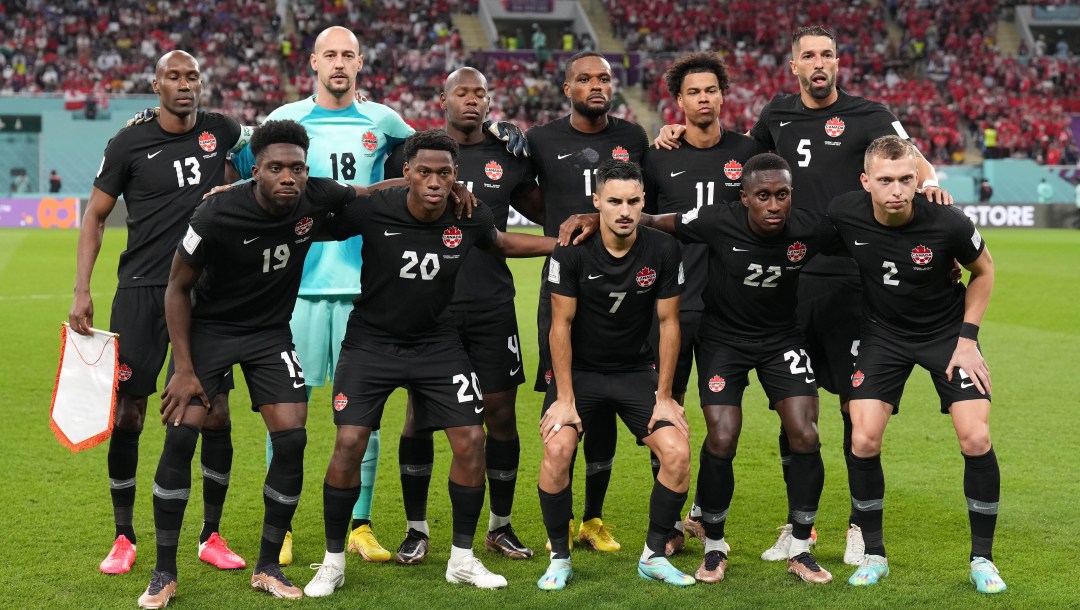 Back at Mexico 1986, Canada exited after the group stage with three losses and zero goals scored. At Qatar 2022, the team did score a couple of goals, but remain in search of a first-ever men’s World Cup victory. Still, Alphonso Davies’ history-making goal against Croatia should provide motivation for years to come.

In the near future, the Canadian women’s team will play in their own World Cup next summer in Australia followed by the Concacaf Olympic qualification playoff against Jamaica in September. Two years after Paris 2024, Canada will co-host the men’s World Cup in 2026.

But before we look ahead, let’s look at five big takeaways from Canada’s participation this year and similar lessons that were learned by Canadian Olympians.

Despite being just 22, Davies was front and centre as Canada’s highest profile player. But he wasn’t the only youngster earning big minutes. Jonathan David (22), Tajon Buchanan (23), Alistair Johnston (24), and Kamal Miller (25) appeared in all three games. Stephen Eustaquio, also 25, was a key contributor in Canada’s first two matches before a hamstring injury.

Perhaps the biggest revelation of the tournament was 20-year-old Ismaël Koné. He made his professional debut just this year, but was out there in Qatar going toe-to-toe with Belgium’s Kevin de Bruyne and Croatia’s Luka Modric.

It’s part of a long-held philosophy by head coach John Herdman: young players should be given the chance to go out and prove themselves. It paid off in his time with the women’s national team (2011-17), including at Rio 2016.

READ: How John Herdman defined a decade in Canadian soccer

If Herdman sticks with the Canadian men through 2026, as he’s said he’d like to, could we see a similar evolution unfold?

Sometimes you need to lose before you win

While Canada fought hard and performed admirably, the tough reality is that they’ll finish 31st out of 32 teams. It’s a bitter pill to swallow, but not uncharted territory for Canadian soccer.

In fact, Canada’s trajectory at the 2022 men’s World Cup is pretty similar to what the Canadian women went through at their World Cup in 2011:

But the Canadian women used the disappointment of 2011 as a springboard, winning a famous bronze medal at London 2012. There have been other such springboard performances in the Olympic context as well.

In other words, all is not lost.

A lifetime of dedication can pay off

No Canadian player worked harder to get to this tournament than captain Atiba Hutchinson. The 39-year-old first represented Canada in international play all the way back in 2001. But as the years passed, it seemed his World Cup dream would never come true.

Then, Canada went on a remarkable run in World Cup qualifying to unexpectedly reach Qatar 2022. But a bone bruise in the second half of 2022 left his status on the World Cup squad in doubt.

When the time came, however, Hutchinson had recovered and was out there with his teammates as “O Canada” rang out for the first time since 1986. He started against Belgium and Croatia, and came on as a second-half substitute against Morocco.

It wouldn’t be surprising if the final whistle of the Morocco game was Hutchinson’s last moment with the senior men’s national team, in his record-setting 101st appearance. But just like snowboard legend Jasey-Jay Anderson, who finally got his Olympic medal — and a gold at that — in his fourth Olympic appearance at Vancouver 2010 or track cyclist Lori-Ann Muenzer, who was 38 when she struck Olympic sprint gold at Athens 2004, Hutchinson proved that sometimes, good things come to those who wait.

The thinnest margins can make the biggest difference

If that was Hutchinson’s final appearance for Canada, it comes tinged with a bit of “what if?” In the second half against Morocco, his header off of a corner kick struck the cross bar and came down right on the goal line. It was mere millimetres away from being a goal that would have levelled the score and possibly given Canada its first-ever points at the men’s World Cup.

As they say, though, close only counts in horseshoes (which isn’t, as of this writing, an official Olympic event). Hutchinson is far from the first Canadian for whom a tiny measurement has made a big difference.

At Beijing 2022, Rachel Homan and John Morris were just a millimetre short of getting the point they needed to advance to the mixed doubles curling semifinals. Speed skater Laurent Dubreuil was three one-hundredths (0.03) of a second from winning an Olympic medal in his best event, the 500m. Of course, none of that can diminish the love that fans have for Canadian athletes and their amazing efforts. And we always admire how well they bounce back.

Though the end results weren’t ideal, Canada proved they belonged at this tournament. Herdman has often described this group as “New Canada” and with good reason. Sparked by exciting young players like Davies, the team played a relentless, attack-minded style that garnered attention and praise from fans and pundits around the world.

It’s a big shift from the team’s historic reputation as being dull, timid, and defensively minded. It also mirrors the transformation that the women’s team has undergone in the past decade.

For years, that team was somewhat one-dimensional, hitting long balls and waiting for Christine Sinclair to produce magic — which in fairness, she often did. But first under Herdman and continuing under current head coach Bev Priestman, the team sports a varied, dynamic attack, including the likes of 21-year-old Jordyn Huitema and 22-year-old Julia Grosso.

If anything, this tournament has taught us that Canada’s recent success in the sport is no aberration. Canada as a soccer nation is here to stay.