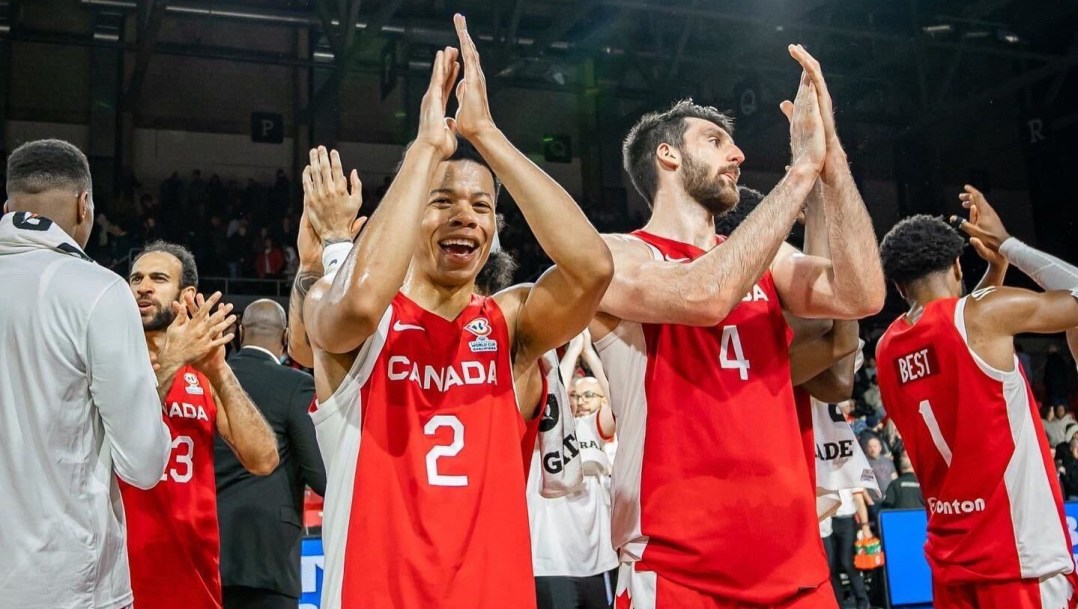 Canadian speed skaters and figure skaters shared the spotlight this weekend with many podiums across the globe.

Off the ice, Canada locked up a spot at the 2023 FIBA Basketball World Cup with an emphatic win in Edmonton.

Here’s a look at the details of those great accomplishments and a few other things you might have missed:

Canadian speed skaters were in good form at the first long track ISU World Cup of the season in Stavanger, Norway. They finished the weekend with a total of six medals.

Ivanie Blondin won two gold medals, the first alongside Isabelle Weidemann and Valérie Maltais in the women’s team pursuit on Saturday. The reigning Olympic champions in the event finished almost half a second ahead of the runners-up from the Netherlands. Blondin followed up on Sunday with a victory in the mass start, winning the sprint to the finish.

READ: Blondin and Dubreuil are back on the podium at the World Cup in Stavanger

Laurent Dubreuil was also a double medallist, winning silver in both the 500m and 1000m. In addition to the team pursuit gold, Weidemann also earned bronze in the women’s 3000m on Friday. That was Canada’s second medal of the weekend, following Connor Howe‘s silver in the men’s 1500m. Howe also finished fifth in the men’s team pursuit alongside Tyson Langelaar and Antoine Gélinas-Beaulieu.

READ: Howe and Weidemann on the podium at the Long Track Speed ​​Skating World Cup in Stavanger

Ice dancers Marjorie Lajoie and Zachary Lagha climbed the podium for the second time this season on the ISU Grand Prix series. On Sunday, the Canadian duo claimed the bronze medal at the MK John Wilson Trophy in Sheffield, England. They finished with an overall score of 198.95 points, less than four points off their international best set earlier this season in an ISU Challenger Series event.

The fifth stop of the series is the NHK Trophy taking place November 18-20 in Sapporo, Japan.

Team Canada got the job done! The Canadian Senior Men’s National Team secured their place in the 2023 FIBA Basketball World Cup with a 94-56 win over Venezuela at the Edmonton Expo Centre on Thursday. They followed up with a 112-71 victory over Panama on Sunday night.

Canada remains the only undefeated team in the FIBA Americas zone. The Canadians are 10-0 and sit first in Group E with two games left in the World Cup qualifying process. Those will be played in late February.

Among the highlights: Courtney Sarault claimed gold in the women’s 1500m and women’s 1000m, sharing the podium with bronze medallist teammate Claudia Gagnon in the latter.

Team Canada’s run at the Billie Jean King Cup came to an end on Friday in Glasgow with a group stage loss to Switzerland. Both Bianca Andreescu and Leylah Fernandez were defeated in their respective singles matches, giving the Swiss an insurmountable lead in the best-of-three tie. Canada did win the doubles to finish on a winning note as Fernandez teamed up with Gabriela Dabrowski for a 6-2, 6-1 win. The tie ended 2-1 in favour of Switzerland.

On Thursday, Canada had opened group play with a 3-0 win over Italy as Andreescu and Fernandez swept the singles matches and then Fernandez and Dabrowski got a straight sets win in doubles. Canada will host Belgium in the Billie Jean King Cup Qualifiers ties in mid-April 2023.

There are four more rounds in the UCI Track Champions League taking place over the next three weekends in Berlin, Paris, and London.

Canadian bobsledders got their first taste of international racing this season at the North American Cup opener in Whistler. Cynthia Appiah and Bianca Ribi each won two monobob medals, including one gold for Appiah. Ribi won both two-woman races with brakewoman Niamh Haughey while Appiah was second in both with Leah Walkeden.

There is another North American Cup stop in Park City, Utah this weekend before the World Cup circuit kicks off in Whistler on November 24.