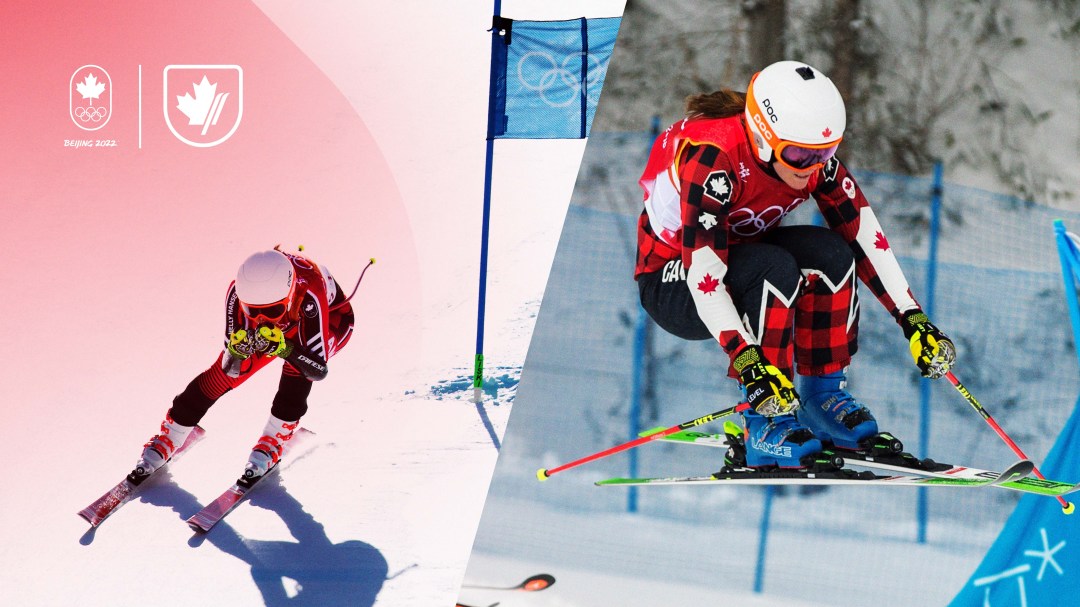 Team Canada at the upcoming Olympic Winter Games will include eight women and five men competing in alpine skiing as well as four women and four men who will compete in ski cross.

There has been a lot of momentum building among members of the alpine team over the last year.

Marie-Michèle Gagnon, now fully focused on the speed events, recently finished a career-best fifth in a World Cup downhill. That follows a super-G bronze she won on the circuit last season, bringing her career World Cup medal total to five. She is headed to her third Olympic Games, but her first in eight years after missing PyeongChang 2018 with an injury.

In the women’s technical events, Ali Nullmeyer achieved a career-best fifth place in a World Cup slalom race at the start of January. She will make her Olympic debut after winning slalom silver at the 2016 Winter Youth Olympic Games. Amelia Smart was also on that Youth Olympic Games team and just earned a career-best ninth in a World Cup slalom this year.

Another slalom specialist, Laurence St-Germain has posted two top-nine finishes in World Cup races this season as she heads towards her second Games. The veteran leader of the slalom squad is Erin Mielzynski, who is headed to her fourth straight Olympic Games and has two World Cup podiums to her credit.

Valérie Grenier is returning to fine form ahead of her second Games after missing the 2019-20 season with an injury. In her two World Cup giant slalom races this season, she finished fourth and seventh.

Full of potential, Cassidy Gray will be the youngest member of the alpine team at just 21 years old. She just reached the podium in the giant slalom at the Italian national championships. Roni Remme is the all-arounder on the team, comfortable competing in speed and technical events. Beijing will be her second Olympic appearance.

A young men’s speed team has been making people take notice with their performances. In the first men’s World Cup super-G of the season, Broderick Thompson came out of the 35th start position to win the bronze medal for his first career World Cup podium.

“It is always an amazing opportunity to race on the world’s biggest stage and proudly represent your country,” said Crawford. “The Olympics have always been on my radar and going into Beijing will be crazy because I’ve proven I actually have a real shot at the podium.”

Brodie Seger, the only Olympic rookie on the men’s alpine team, had his own fourth-place finish at last year’s world championships where he missed the podium in the super-G by just 0.04 of a second.

Trevor Philp is the veteran on the technical team, now headed to his third Olympic Games. He is joined by Erik Read, set for his second Games. Both men have found a new consistency in their skiing and a highlight this season came when they posted the two fastest times in the second run of giant slalom at the World Cup in Alta Badia, Italy in December.

Canada has won 11 Olympic medals in alpine skiing. Competition will begin on February 6 at the Yanqing National Alpine Skiing Centre and continue almost daily until February 19.

On any given day, any member of the ski cross team could contend for the Olympic podium, something they’ve all proven on the World Cup stage.

After winning gold at PyeongChang 2018, Leman has continued to be one of the top racers in the world. He won silver at the 2019 World Championships and has 29 career World Cup podiums, including one this season which happened to come at the Olympic venue in Zhangjiakou.

Thompson won her gold at Sochi 2014 and then got the chance to be in PyeongChang alongside her brother, the aforementioned Broderick. She competed at her second Games after missing the entire season while recovering from injury. This season has marked another comeback for Thompson following a knee injury in March, but she’s been on form with four podium finishes so far.

Phelan, a silver medallist from PyeongChang 2018, missed the entire 2020-21 season while recovering from major knee surgery. But she has shown little rust in her return, picking up a pair of World Cup podiums in December.

The men’s ski cross team includes the last two overall World Cup champions in the discipline, Reece Howden and Kevin Drury. Howden claimed the Crystal Globe in 2020-21 after recording four race victories and two other podiums. Drury was the Crystal Globe winner in 2019-20 when he also won four races and three other medals. He broke his leg in December 2020 but returned this season and climbed onto the podium on home snow in Nakiska, just before the close of the qualification window.

Rounding out the men’s team is Jared Schmidt, who earned his first World Cup podium last February and added one more this past December. His older sister Hannah will join him in Beijing as a member of the women’s ski cross team. She has three career top-five finishes on the World Cup. Also making her Olympic debut on the women’s team will be Courtney Hoffos, who brings with her four career World Cup.

Canada has won all three Olympic gold medals in women’s ski cross since the discipline debuted at Vancouver 2010. At Sochi 2014 and PyeongChang 2018, Canada also claimed the silver medal in the event.

Ski cross at Beijing 2022 will take place February 17 and 18 at the Genting Snow Park.