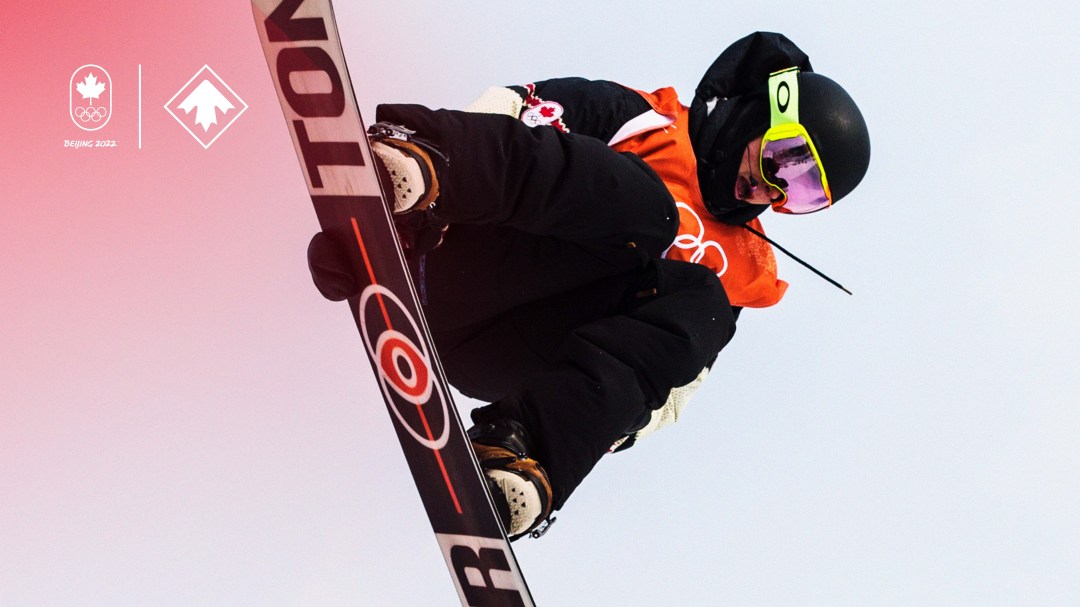 An accomplished group of athletes, including four medallists from the last Olympic Winter Games, will represent Team Canada in the five snowboard disciplines at Beijing 2022.

There will be seven riders – four men and three women – competing in slopestyle and big air. That group includes Laurie Blouin, Mark McMorris, Max Parrot, and Sébastien Toutant, all of whom stood on the podium at PyeongChang 2018. Brooke Voigt is also back for a second Olympic Games while Jasmine Baird and Darcy Sharpe will be making their Olympic debuts.

The snowboard cross (SBX) team is led by reigning world bronze medallist Eliot Grondin. He’ll be joined in the men’s event by Kevin Hill, who is headed to his third Games, and Olympic rookie Liam Moffatt. The women’s team has three returning Olympians in Meryeta O’Dine, Tess Critchlow and Zoe Bergermann, along with first timer Audrey McManiman.

The halfpipe team includes Team Canada’s youngest athlete from PyeongChang 2018 – Elizabeth Hosking – as well as the athlete projected to be the country’s youngest at Beijing 2022 – Brooke D’Hondt. The lone Canadian man to qualify in halfpipe is Derek Livingston, set to compete at his third Games.

Here’s a closer look at the nominated athletes in each discipline:

Parrot, who won slopestyle silver in PyeongChang, was provisionally nominated to his third Olympic team in October after he finished atop the World Snowboarding Points List for big air. Among the results that helped him achieve that was a first-place finish at the Big Air Shougang venue in Beijing which will host the Olympic competition. He added a big air silver at the 2021 FIS World Championships. Parrot is a 13-time medallist at the Winter X Games, including eight gold. He won two of those golds in 2020 when he topped the big air in Aspen and the slopestyle in Norway.

Finishing right behind Parrot in PyeongChang was McMorris, who won slopestyle bronze for the second straight Games. Unlike his first two Olympic appearances, McMorris is not heading to Beijing in the midst of a comeback from serious injury. He won big air gold just ahead of Parrot at the 2021 FIS World Championships. With his 20 career medals, McMorris is the most decorated athlete in the history of the Winter X Games.

In 2018, Toutant became the first ever Olympic champion in men’s big air. He won his first world championship medal in 2021 when he captured slopestyle silver. He started off 2022 on a high, winning the slopestyle World Cup in Calgary on New Year’s Day.

Rounding out the men’s slopestyle/big air squad is Sharpe, the younger brother of Cassie Sharpe, the reigning Olympic champion in women’s ski halfpipe. Despite some impressive credentials, Sharpe was the odd man out four years ago because of the depth of talent among Canadian men in slopestyle and big air. He won big air silver at the 2015 World Championships and has two career World Cup podiums. He’s also a four-time medallist at the Winter X Games, highlighted by slopestyle gold in Aspen in 2020.

Voigt won her first X Games medal in 2020 when she captured slopestyle bronze in Norway. She also has nine career World Cup podiums to her credit.

Baird opened the 2021-22 season with a bronze medal at the big air World Cup opener in Chur, Switzerland. That was her second career World Cup podium, adding to the slopestyle bronze she won in January 2019.

Hill is the experienced veteran who won silver at the 2015 World Championships and gold at the 2015 Winter X Games. Moffatt competed at his first senior world championships in 2021 where he advanced to the small final.

O’Dine unfortunately didn’t get the chance to race in PyeongChang after suffering a concussion in training just two days before her event. But she has continued to push herself in the hopes of having a second Olympic opportunity. Bergermann and Critchlow are also consistently in close pursuit of World Cup podiums.

With a gold medal at the 2012 Winter Youth Olympic Games, McManiman had been on the Olympic pathway in slopestyle until a bad crash in 2016 led to her choosing to pursue SBX instead. Dedicated to her new dream, she’s been breaking through with career-best results this season.

Still just 20 years old, Hosking has grown and developed since making her Olympic debut in PyeongChang. In 2021, she posted a seventh-place finish at the world championships and earned two top-five finishes on the World Cup circuit.

D’Hondt will be the teenager on the team this time. The 16-year-old competed in her first World Cup and world championship events in 2021. She was invited to compete in her first X Games in 2020 and returned in 2021, putting her shoulder to shoulder with the world’s best in her event.

Livingston is the veteran of the halfpipe team. He’s been in the top 10 at the last two world championships and has two career World Cup podiums.

Farrell has competed at three world championships, highlighted by her eighth-place finish in PGS in 2021. She also finished eighth at a World Cup in Cortina d’Ampezzo in December for her career-best result on the circuit. Buck and Hawkrigg are newer to the senior international scene. Buck was a bronze medallist in the parallel slalom at the 2020 World Junior Championships. Hawkrigg has been a fulltime World Cup racer since 2018.

Just 21 years old, Gaudet was the PGS bronze medallist at the 2020 Junior World Championships. Beaulieu has been competing in World Cup events for more than a decade while Lefebvre competed in his first senior world championships in 2021.

Canada has won 11 Olympic medals in snowboard since the sport’s debut at Nagano 1998. Four of those have come in slopestyle, which has only been part of the Olympic program since Sochi 2014.

The first snowboard events at Beijing 2022 will be the women’s and men’s slopestyle competitions taking place February 5-7 at Genting Snow Park in the Zhangjiakou Zone. That will also be the location for the PGS (February 8), halfpipe (February 9-11), and SBX events (February 9-12). The big air events will take place at the Big Air Shougang in Beijing itself, with the qualifications on February 14 and the finals the following day.