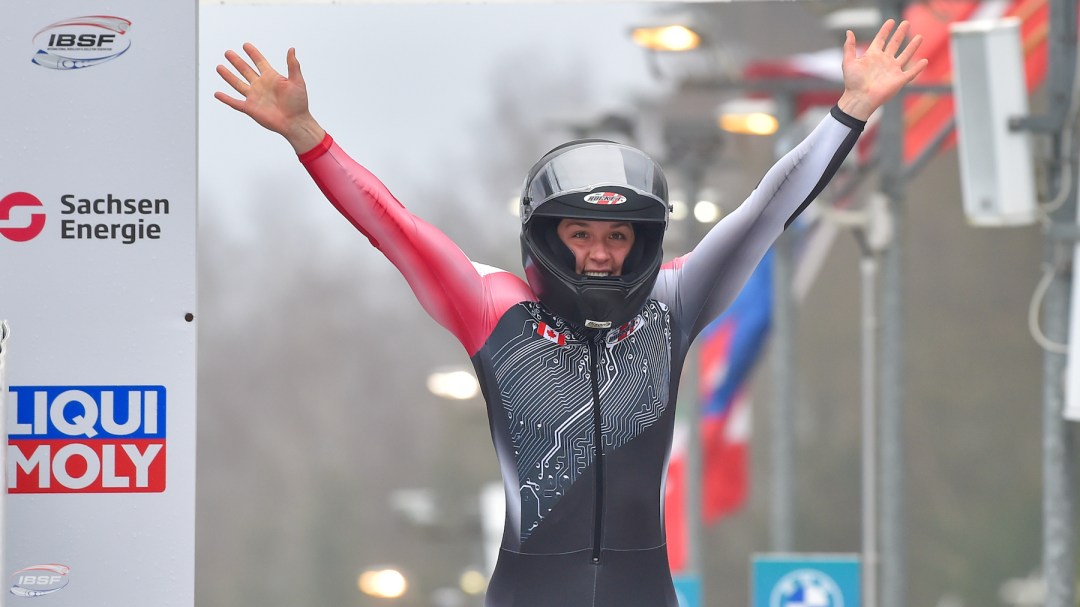 The countdown to Beijing 2022 continues and Team Canada didn’t stop working over the weekend. Mikaël Kingsbury had a two-medal haul in freestyle skiing, Christine de Bruin and Cynthia Appiah had a double podium in monobob, while Eliot Grondin raced to a silver in snowboard cross. And that’s not all!

Catch up on all the World Cup medals and Canadian success achieved across the globe over the last few days:

Racing to the podium in Innichen

In the final ski cross World Cup before the holidays, Canadians were back on the podium with three bronze medals. On Sunday, in the women’s Big Final, Brittany Phelan stood on the third step of the podium while Reece Howden matched that result in the men’s Big Final.

READ: Phelan and Howden race to a pair of ski cross bronze medals in Italy

On Monday, Marielle Thompson earned her own bronze medal as Canadian women claimed all the spots from third to sixth. Hannah Schmidt finished just off the podium while Courtney Hoffos and Phelan finished 1-2 in the Small Final to place fifth and sixth overall.

In the last Big Final of 2021 at the snowboard cross World Cup in Cervinia, Italy, Eliot Grondin captured a silver medal. This silver medal is his first World Cup podium of the season and fourth of his career.

Kingsbury does it again

Mikaël Kingsbury won his second straight gold in dual moguls on Saturday at the Freestyle World Cup in Alpe d’Huez, France. It is his third World Cup victory of the season.

Once again, it was a great bounce back performance for Kingsbury, who on Friday finished the super final of the moguls event with a bronze medal around his neck.

A pair of bronze on the Dew Tour

A couple of Canadians reached the podium in Olympic events at the Dew Tour in Copper Mountain, Colorado. Mark McMorris won bronze in snowboard slopestyle while Brendan Mackay added his own bronze in ski superpipe. In the streetstyle events, Sebastien Toutant won snowboard silver and Max Moffatt won ski bronze. Both claimed the best trick prize as well.

READ: McMorris and Mackay fly to bronze on the Dew Tour

Records broken on the bobsleigh track

At the IBSF World Cup in Altenberg, Germany, Team Kripps (Justin Kripps, Cam Stones, Ryan Sommer and Ben Coakwell) came away with a season-best silver in Sunday’s four-man race. This medal was particularly special for Coakwell who tied Lascelles Brown for the most World Cup medals in four-man competition by a Canadian brakeman.

For the first time in over a decade, two Canadian bobsleigh athletes shared the podium on Saturday. Christine de Bruin captured gold and Cynthia Appiah captured silver in the monobob at the IBSF World Cup. This was the first World Cup win of de Bruin’s career, while Appiah adds her third medal in the monobob this season.

Canada has won four of the six games played in the nine-game Rivalry Series against Team USA. On Wednesday in the first of two games in St. Louis, Marie-Philip Poulin scored her second goal of the night as Canada edged the United States in a 2-1 overtime victory. Poulin had a power play goal to bring Canada to their first lead. Ann-Renee Desbiens made 31 saves.

In Friday’s game, Poulin came in clutch once again to hand another overtime victory to Canada. Sarah Fillier and Emily Clark also scored for Canada, and Emerance Maschmeyer made 28 saves.

Gliding on the Olympic Oval

On the second day, Christ went on to be Canada’s top performer, bringing home gold in the women’s 1500m. Bloemen finished second in the men’s 1500m and Hayden Mayeur also earned silver in the men’s mass start.

Making a splash at the world swimming championships

Canadian swimmers have had their best ever showing at the FINA World Swimming Championships (25m) in Abu Dhabi and there’s still one more day to go. After five of six competition days, Canada stands with six gold (a team record), five silver and one bronze for 12 medals.

On Monday, Sydney Pickrem added a gold in the women’s 200m individual medley, Mac Neil and Masse finished 1-2 in the women’s 50m backstroke as Mac Neil broke the world record with her time of 25.27 seconds, and then McIntosh, Kayla Sanchez, Savard and Smith won gold in the women’s 4x200m freestyle relay with an Americas record time of 7:32.96.

Masse now has 10 career medals combined from the long course and short course world championships, the most ever by a Canadian swimmer.

Boady Santavy won a silver medal in the snatch in the men’s 96kg division at the IWF World Championships in Tashkent, Uzbekistan. This medal is the first for a Canadian man at the weightlifting world championships since 1953.

He lifted 178kg in the snatch and 201kg in the clean and jerk to place fifth overall with a total weight of 379kg at the meet that ended Friday. Santavy’s total earned him the Commonwealth championship and qualified him for the 2022 Commonwealth Games.