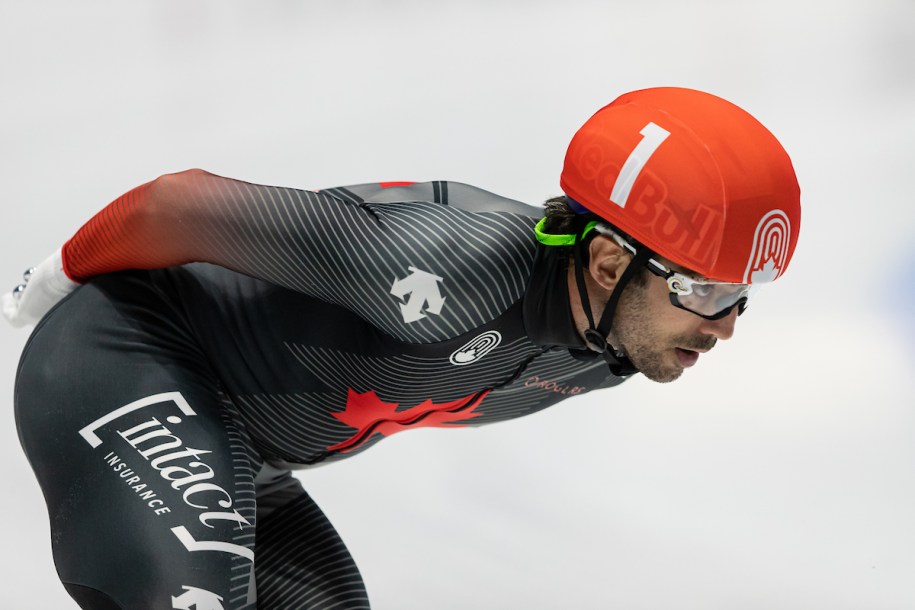 The road to Beijing 2022 keeps getting shorter and every week more Canadian winter athletes are showing they’re ready to compete on the world’s biggest sports stage.

From veterans claiming medals to first-time victories and achievements, Team Canada had a successful weekend on ice and snow.

Here’s what you may have missed:

Jones, the skip, along with lead Dawn McEwen, second Jocelyn Peterman, third Kaitlyn Lawes, and Lisa Weagle, defeated Team Fleury 6-5 in extra ends in the final of the Canadian Curling Trials. After losing to Fleury in the round robin, Jones executed the shots she needed at the biggest moments, earning a spot on Team Canada for Beijing 2022.

Later on Sunday, Brad Gushue and his team of third Mark Nichols, second Brett Gallant and lead Geoff Walker defeated Team Jacobs 4-3 in a low scoring but intense men’s final. Gushue and Nichols are headed back to the Olympic Games for the first time in 16 years.

On Sunday, Canadians reached the second step of the podium three additional times. Boutin started the day with a silver medal in the women’s 1000m final, then the women’s and men’s relay teams both skated to silver medals. Skating in the men’s 5000m relay with Pascal Dion, Steven Dubois and Maxime Laoun, the legendary Charles Hamelin capped off his illustrious World Cup career with a silver medal, increasing Hamelin’s career World Cup medal tally to 142 (58 gold, 42 silver, 42 bronze). While his time on the World Cup circuit is coming to an end after 19 seasons, Hamelin has his sights set on competing in his fifth Olympic Games at Beijing 2022 and the world championships in Montreal before hanging up his skates for good.

It was a bronze filled weekend for Canadian bobsledders, who captured three medals at the second IBSF World Cup in Innsbruck, Austria. On Saturday, Justin Kripps and Cam Stones were back on the podium in the two-man bobsleigh. Then on Sunday, Kripps, Stones, Ryan Sommer and Ben Coakwell found themselves on third step of the podium with a bronze medal in the four-man. Christine de Bruin and Kristen Bujnowski secured their second consecutive bronze medal in two-woman bobsleigh. De Bruin just missed the podium by 0.01 in the women’s monobob while Cynthia Appiah was one spot behind her in fifth.

Laurence Fournier Beaudry and Nikolaj Sørensen of Montreal continued their strong season, winning the ice dance bronze medal to conclude the Rostelecom Cup, the sixth stop on the ISU Grand Prix circuit, in Sochi, Russia on Saturday. It was a fourth medal in four competitions this season for the veteran couple. They were also third at their previous Grand Prix assignment at Skate America last month and won silver medals at two ISU Challenger Series events.

Roman Sadovsky finished fourth in the men’s event, Kirsten Moore-Towers and Michael Marinaro were fifth in pairs, while Madeline Schizas was sixth in the women’s.

If you were in Toronto over the weekend, you may have seen Piper Gilles and Paul Poirier. The pair performed in front of their hometown as crowds gathered at Nathan Phillips Square to kick off the holiday season!

The first ski cross World Cup of the season got underway in Secret Garden, China. PyeongChang 2018 gold medallist Brady Leman climbed the second step of the podium after a photo finish in the men’s event at the Olympic venue for Beijing 2022. Olympic silver medallist Brittany Phelan finished fifth in the women’s event in her first World Cup race since missing all of last season while recovering from a knee injury.

Cycling straight to the podium 🚴‍♀️

The snow may be falling, but some summer sports are still in action. Team Canada captured three medals at the UCI Track Champions League in Lithuania. Maggie Coles-Lyster got things started for Canada with a silver medal in the women’s scratch race, followed by a silver from Olympic bronze medallist Lauriane Genest in the women’s sprint. To end off the day, Tokyo 2020 Olympic Champion Kelsey Mitchell captured a bronze medal in the women’s keirin to bring Canada’s medal count to three.

Tokyo 2020 Olympian Shady El Nahas and Marc Deschênes ended their judo seasons on a high note as summer sport action continued with the final Judo Grand Slam of the year in Abu Dhabi. El Nahas took home a bronze medal in the men’s -100kg, while Deschênes won bronze in the +100kg to wrap up the season.

Three Canadians achieved top 10 finishes at the first IBU World Cup of the 2021-22 season in Oestersund, Sweden. In the men’s 20km individual competition, Scott Gow finished just off the podium in fourth position. His brother and teammate, Christian Gow finished in tenth position. On the women’s side, Emma Lunder finished the15 km individual competition in sixth place. Canadian biathletes will be back at it in Oestersund from December 2-5 for the second World Cup.

Four-time Olympian Manuel Osborne-Paradis made his retirement run prior to the men’s downhill event on Saturday at Lake Louise in true Canadian fashion.

He achieved one of the biggest highlights of his career when he won super-G bronze at the 2017 FIS World Championships, sharing the podium with gold medallist teammate Erik Guay. It was the first time two Canadian men had been on the same podium at the alpine worlds. Learn more about Manny‘s great career.