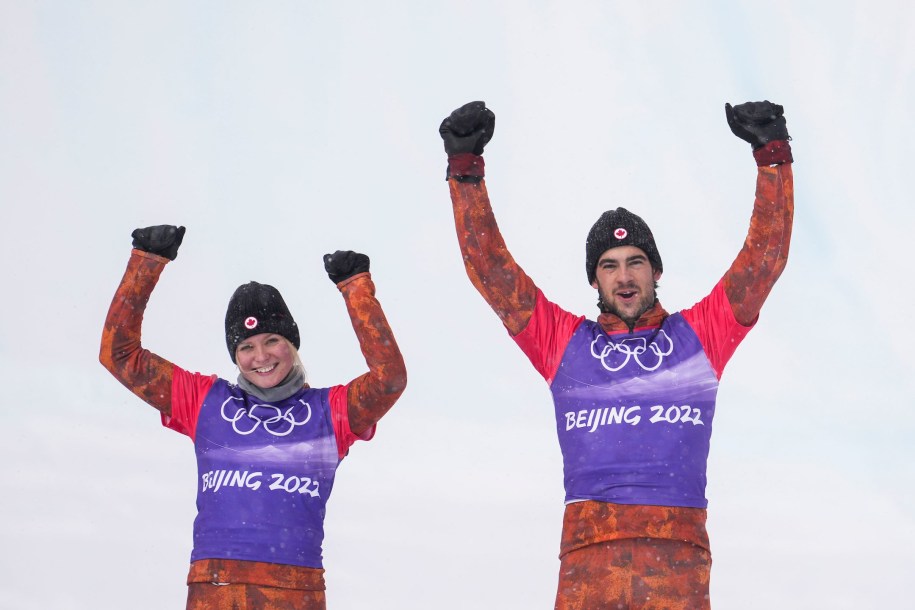 While Beijing 2022 has been full of classic Winter Games events, it’s also introduced us to some brand-new additions to the Olympic program.

The inclusion of those seven events hasn’t just brought fresh excitement, it’s helped the IOC pursue its goal of gender parity. So, what has that meant for our Canadian athletes? Let’s have a look.

You can normally pencil in Canada as a medal contender in a bunch of different events at the Olympic Winter Games. Ski jumping has never been one of them — until now.

The team of Mackenzie Boyd-Clowes, Alexandria Loutitt, Matthew Soukup and Abigail Strate shocked the world with a bronze medal in this event, Canada’s first ever Olympic medal in ski jumping. It’s the sort of result that could very well help push the sport forward in this country.

Now, if you want to talk about “pencil Canada in for some medals” sports, short track speed skating fits the bill. And things were going pretty well for the Canadian team (Courtney Sarault, Florence Brunelle, Kim Boutin, Steven Dubois, Pascal Dion and Jordan Pierre-Gilles) in this new event, with a second-place finish in their quarterfinal heat and first place in their semifinal heat.

But in the four-team final, Canada was penalized for a push and would officially end the competition in sixth place. A few members of the team did enjoy individual success, though: Dubois won silver in the men’s 1500m and bronze in the 500m, while Boutin claimed bronze in the women’s 500m. And oh yeah, let’s not forget that amazing gold medal in the men’s 5000m relay.

See? We told you to pencil Canada in for some short track hardware.

Snowboard cross is one of the most exciting disciplines on the Olympic program. So of course the mixed team version of the event had its share of drama. Meryeta O’Dine found herself embroiled in a gnarly accident when a competitor landed on her head during the final.

But in one of the gutsiest showings of these Games, O’Dine pulled herself to her feet and made her way down the rest of the course to secure an historic bronze medal for herself and teammate Eliot Grondin.

In yet another new mixed team event, the Canadian trio of Lewis Irving, Marion Thénault and Miha Fontaine won bronze, the first Olympic medal in all of their respective careers.

While the achievement is historic in its own right, there’s even more history with this trio: Fontaine’s father competed in three official Olympic Games in aerials and was a silver medallist when it was still a demonstration sport, while Irving’s father is a Paralympic alpine skier.

Men have long had two bobsleigh events and now women do too with the addition of the monobob. Two Canadians — Christine de Bruin and Cynthia Appiah — came into the event’s Olympic debut with pedigree and expectations after having had good success this season.

De Bruin was consistent through the four runs and grabbed the bronze medal. Appiah did her best to recover from a tricky first run and would finish eighth.

The big air event in freestyle skiing was added to the Olympic program on both the men’s and women’s sides in Beijing, with a number of Canadians aiming to make their marks.

Evan McEachran reached the final and was able to put up a massive 93.00 score on his first run, the second highest score of any run on the day. But he went down on his subsequent two runs, and would finish ninth in his second Olympic appearance.

Both put in solid performances, with all three of Oldham’s runs being worth 85 points or more, and Asselin laying down an 85.50 in her third run. Oldham would wind up just shy of the podium, in fourth place, while Asselin’s eighth-place result leaves plenty of optimism about what’s to come.