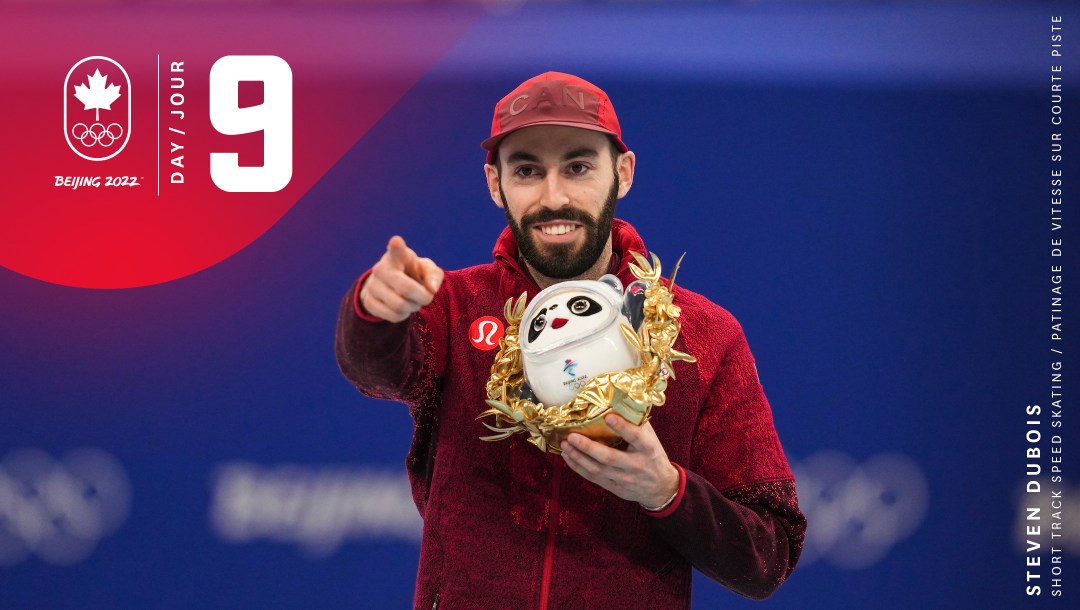 Team Canada has a new double medallist in Beijing, a Canadian pilot is in a podium position in the Olympic debut of the women’s monobob, and Team Canada closes out the preliminary round of the men’s hockey tournament.

Here’s what you’ll want to be watching on Day 9.

Team Canada was unable to win a medal in the women’s 3000m relay. Courtney Sarault, Florence Brunelle, Kim Boutin, and Alyson Charles finished fourth in the A final behind the Netherlands, South Korea and China.

The bobsleigh competition began at the Yanqing Sliding Centre with the first two heats of the women’s monobob, making its Olympic debut. Christine de Bruin is in second place with a two-run total time of 2:10.14. She sits 1.04 out of first place after being third-fastest in the first run and second-fastest in the second run. Cynthia Appiah had a tough first run, perhaps impacted by the harder ice and snowy conditions compared to training the day before, but was fifth-fastest in the second run to move up to 10th place.

After her fourth-place finish in the big air, Megan Oldham was set to compete in qualification of the women’s ski slopestyle event alongside Olivia Asselin. However, because of poor weather conditions, the competition was postponed a day.

Marion Thénault, Flavie Aumond and Naomy Boudreau-Guertin were supposed to compete in the qualification for women’s aerials, but that too was postponed because of the weather.

Team Canada finished fifth in the quarterfinals of the men’s team pursuit, which means they will not advance to the semifinals and will instead race in the C final against South Korea for fifth and sixth place. Jordan Belchos, Ted-Jan Bloemen, and Connor Howe stopped the clock in 3:40.17, putting them 1.27 seconds behind the Netherlands for the last spot in the semis.

Team Gushue was able to rebound from two straight losses to take a 10-5 win in nine ends over the defending Olympic champions from the United States. They got a big end early when they stole four in the second and didn’t let up. Team Canada is now 3-2, tied for fourth in the standings.

Team Jones unfortunately couldn’t do the same against the 2021 World Champions from Switzerland. Tied 4-4 through seven ends, they gave up a steal of two in the eighth end en route to an 8-4 loss that drops their record to 1-3.

Team Canada ended preliminary round play in men’s hockey with a 5-0 win over China. Kent Johnson, Ben Street, Adam Tambellini, Eric O’Dell and Corban Knight all scored while Matt Tomkins earned the shutout with 26 saves. Canada and China will meet again in the qualifying round to determine who advances to the quarterfinals.